The New Zealand cricketing great Martin Crowe says his medical condition is worsening and he is facing death. 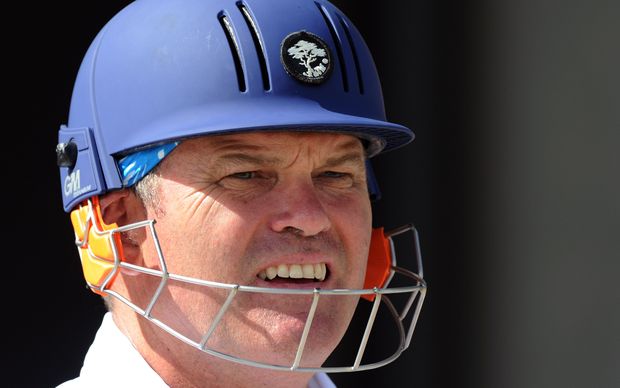 Crowe made his latest comments on the rare blood disease that he has - called double-hit lymphoma - in a column for the cricketing website cricinfo.com.

He says death is something he has been contemplating, because medical experts say it is nearly time.

In the column he wrote: "No longer was 'it' a friend, as I had first described follicular lymphoma to be, in 2012.

"It had then brought me a crucial message that I badly needed, just as a friend would deliver when needed most. I needed to get rid of the egoist in me, and to get real."

He says he was shocked when his condition worsened and "turbocharged to apparently give me very little time left".

Crowe says the death of Australian cricketer Phillip Hughes has affected him and made him reflect on his own situation.

"Whatever emotion I felt about my own plight subsided somewhat as the enormity of Hughes' death sank in," he says.

Crowe is one of New Zealand's greatest batsmen, scoring 5444 Test runs at an average of 45.36.