The Wellington Phoenix forward Nathan Burns has been named the A-League's player of the month.

Last month the 26-year-old became the first Phoenix player to score a hat trick for the club and was also named in the Socceroos 46-man provisional squad for the Asian Cup. 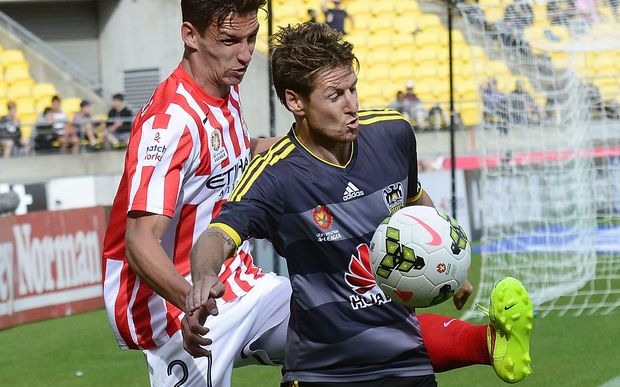 "It has been a fantastic start for the club and for me personally and this award just tops it off," says Burns.

"This has been the first time in along time when I have been able to get full pre-season under my belt and it has helped a lot. When I first came to the club I didn't really know what to expect but I have been hugely impressed and really enjoyed my time here so far."

"Without doubt the highlight of my time at the Phoenix was the hat trick I scored against Newcastle and it is a real honor to have become the first player at the club to do so."

The Wellington Phoenix are currently fifth on the A-League table and are away to fourth-placed Sydney FC on Sunday.