Auckland City skipper Ivan Vicelich believes leading the part-timers on their unlikely run to the last four of the football Club World Cup is as big an achievement as representing New Zealand at the 2010 World Cup. 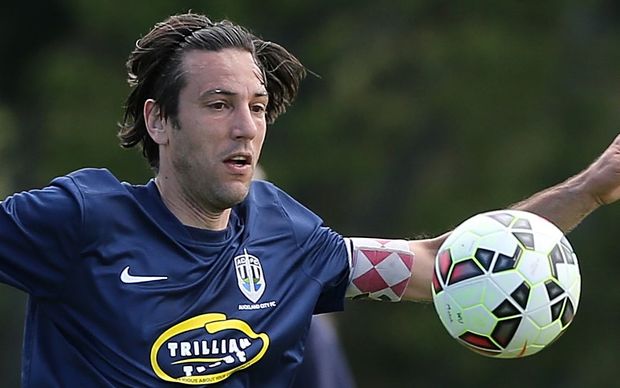 The 38-year-old led the Oceania champions to a shock 1-0 win over Algeria's Entente Setif in their quarter-final in Morocco on Sunday to set up a semi-final with Argentina's San Lorenzo on Thursday.

"To be in a Club World Cup semi-final after beating the champions of Africa is unbelievable. It sits besides anything I've achieved in my career before," Vicelich said.

"We have to enjoy this achievement because we've now got a once in a lifetime opportunity in front of us to represent New Zealand and Oceania in a semi-final."

The Auckland-born defender played for New Zealand at the 2010 tournament in South Africa where the All Whites went undefeated, drawing with Paraguay, Slovakia and the defending champions Italy before exiting at the group stage.

His City side were equally unfancied heading to Africa this month for their sixth Club World Cup appearance.

But their preliminary round penalty shootout win over Morocco's Moghreb Tetouan meant they reached the quarter-finals for just the second time.

John Irving then scored a second half goal to see off ES Setif, with Vicelich only surprised his side didn't win by a bigger margin.

"Our result was totally deserved. We played a good game and to get a result like that makes me so proud of the team," Vicelich said.

"After 20 minutes we got a good feel for the game and played some very good football. We created more chances than them and that confidence was in our game right till the end."

"We talked about stepping up to another level before the Setif game and we did. We've notched up two wins and I'm very proud."

"We took the game to Setif and we were maybe disappointed we didn't add another goal or two in the end."

Another shock win over the South American champions will send Auckland through to a first final against either Spanish giants Real Madrid or Mexicans Cruz Azul.