The young New Zealand driver Scott McLaughlin has been awarded the highest V8 Supercars honour after being named the 2014 Barry Sheene Medallist as the sport's best and fairest. 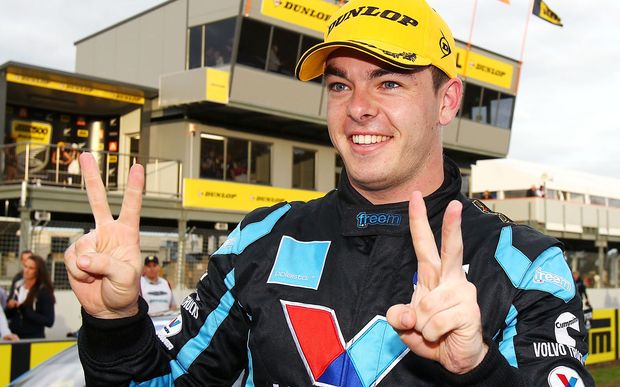 McLaughlin was voted as the most popular figure in the sport as race suits were swapped for bow ties at the V8 Supercars awards in Sydney.

The 21-year-old New Zealander has a breakout season in the Championship this year starting in Adelaide when he shocked six-time Champion Jamie Whincup on the last corner at the Clipsal 500 in Adelaide and hasn't looked back since.

Overcome by emotion he said live on television at the time: "I just plucked it in first, gave it some jandal and f… yeah" words that made him an instant hero to millions around the world. 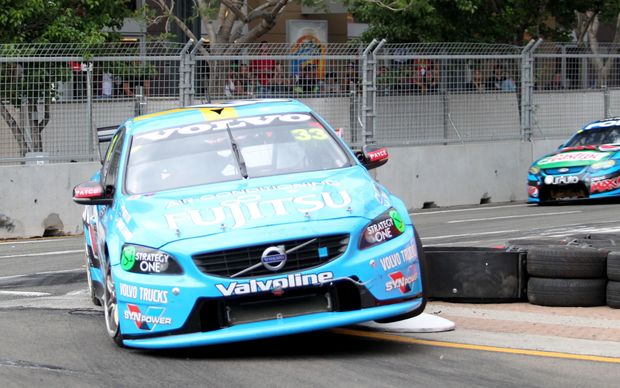 McLaughlin backed it up through the year with 10 pole positions, equal with Whincup, to go with four race wins, again second only to the dominant champion and equal with Mark Winterbottom, and one behind fellow New Zealander Shane van Gisbergen.

The humbly-spoken racer made his debut in the Development Series as a 16-year-old back in 2010.

Having stepped up from the Dunlop Series as the reigning Champion, McLaughlin made his debut in the 2013 V8 Supercar Championship.

He made an impact immediately, qualifying in the Top 10 Shootout for his first official full-time race at the Clipsal 500 in Adelaide.

An apprentice fabricator with experience working behind the scenes at SBR, Pace Innovations and GRM, McLaughlin completed his apprenticeship in 2013 and still works in the Valvoline Racing GRM workshop inbetween on-track commitments.

It was his second major award in succession after last year being named as the prestigious Mike Kable Young Gun, or rookie of the year, following in the footsteps of Marcos Ambrose, Winterbottom, James Courtney and Chaz Mostert.

Five-time Champion Mark Skaife joined the luminaries of the sport when he was inducted into the Hall of Fame, joining the greats of Australian motorsport in the all-time honours list.

Whincup was again endorsed as the 2013 V8 Supercar Champion and the winner of the Pole Positions on a count back with McLaughlin, while Mostert and Paul Morris were honoured as the Supercheap Auto Bathurst 1000 Champions.

Paul Dumbrell was honoured as the 2014 Dunlop Series Champion in his Egglestone Motorsport Holden.

Highly respected journalist Mark Fogarty took out the Media Award after four decades working within national and international motorsport, and his coverage this year of V8 Supercars.

Holden was the Champion Manufacturer of the Year and the ITM 500 Auckland for the best volunteer group.

Champion Manufacturer of the Year - Holden