Jamie Whincup has cemented his place as the most successful driver in Australian touring car history with a record sixth V8 Supercars title in seven years. 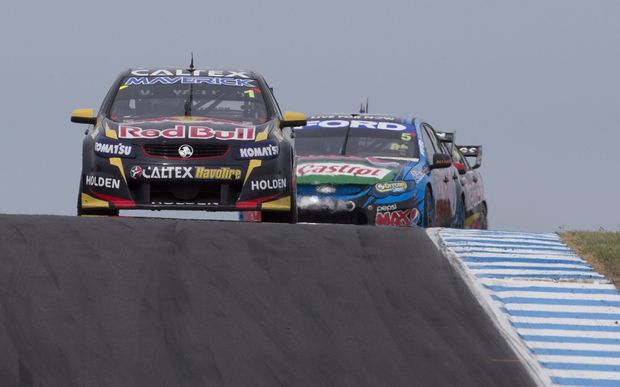 The Holden star wrapped up the 2014 series at Phillip Island last month, but had to wait until after the season's final race yesterday to officially be crowned champion.

His historic achievement, however, was overshadowed by a wild storm that lashed Sydney Olympic Park and forced the 74-lap feature to be abandoned.

A safety car was called in 41 laps into the race, as cars started to slide across the street circuit and dangerously close to concrete barriers.

New Zealand's Shane van Gisbergen was leading at the time of suspension, earning race honours and overall runner-up behind Whincup - who finished the race fourth.

Whincup now stands alone as the winner of most titles in the 54-year history of Australian touring car/V8 Supercars championships.

He also equals Geoghegan's record for most successive championships with four.

Ford star Mark Winterbottom, who led the series for several rounds earlier in the year, finishes the year third on the driver's standings after his 19th-place yesterday.