Roger Federer produced a vintage performance to crush Richard Gasquet 6-4 6-2 6-2 and seal Switzerland's maiden Davis Cup title with a 3-1 win over the hosts France in Lille. 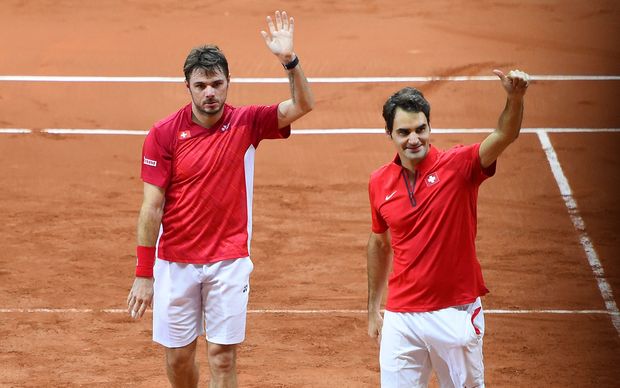 The 17-times grand slam champion shook off back problems during the weekend and recovered from his opening doubles loss to Gael Monfils to hand France a third defeat in their last three finals.

Gasquet replaced Jo-Wilfried Tsonga who injured his arm on the opening day of the tie.

Davis Cup stalwart Stan Wawrinka deserved most of the credit as the anchor man for his country's first ever win in the competition, winning both his singles and combined with Federer to win the doubles.

Wawrinka anchored the Swiss team's win late last year over Ecuador which preserved their place in the elite World Group.