Roger Federer is "hopeful" of playing in the Davis Cup tennis final against France this weekend despite the back spasms he suffered last weekend in London.

The Swiss star told a media conference in France his back is improving daily, but it's not good enough to practice yet. 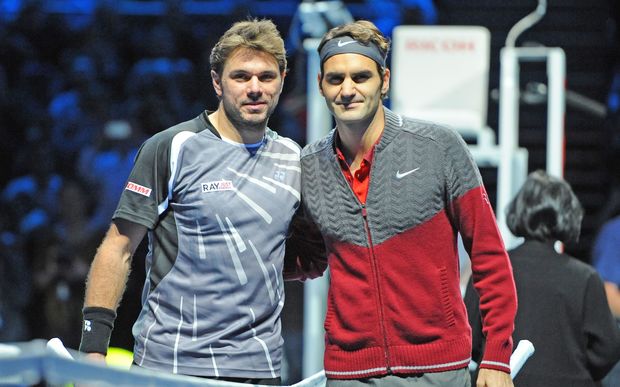 If he can't play in the final, there'll be immense pressure on the world number four Stan Wawrinka, as the other two members of the Swiss squad, Marco Chiudinelli and Michael Lammer are ranked 212th and 508th respectively.

Roger Federer and Stan Wawrinka have taken to Twitter in a bid to bury any lingering resentment from their bad-tempered match in London before teaming up for Switzerland's Davis Cup semi-final against France later this week.

Above a Swiss team photo showing the pair arm-in-arm, Federer tweeted "It's great being with the boys again."

Friction between the pair developed after their feisty singles semi-final last weekend in the ATP World Tour finals when Wawrinka complained about the behaviour of Federer's supporters, including his wife Mirka.