A tearful Lewis Hamilton joined the elite ranks of double Formula One world champions after a nerve-racking drive to victory in the season-ending Abu Dhabi Grand Prix. 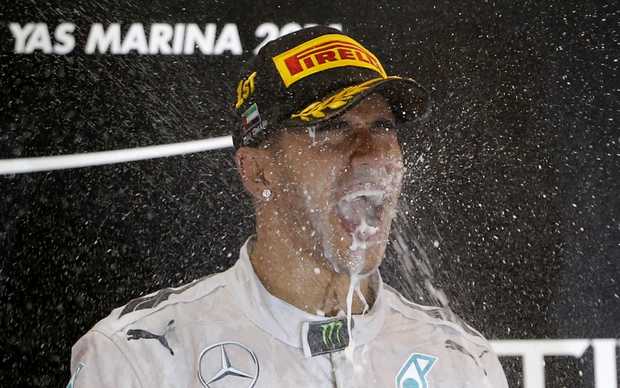 In a race overshadowed by the ever-present spectre of mechanical failure after the Briton's Mercedes team mate Nico Rosberg suffered an early loss of power, Hamilton powered to his 11th win in 19 races.

The 29-year-old, who took his first title with McLaren in 2008, became Britain's first multiple champion since Jackie Stewart in 1971 and only the country's fourth.

"Lewis, thank you very much for not letting the British public down," Britain's Prince Harry told him over the radio from the pit wall as the chequered flag came down. "You are an absolute legend."

Hamilton, crying on the podium as the anthem sounded and with his voice cracking in later interviews, performed a slowing down lap with the British flag fluttering from the cockpit and the words 'Hammer Time' written on it.

"World champion. Oh my God, I can't believe it, thanks everyone," he had shouted over the radio before parking up and embracing his father, pop star girlfriend Nicole Scherzinger and family. 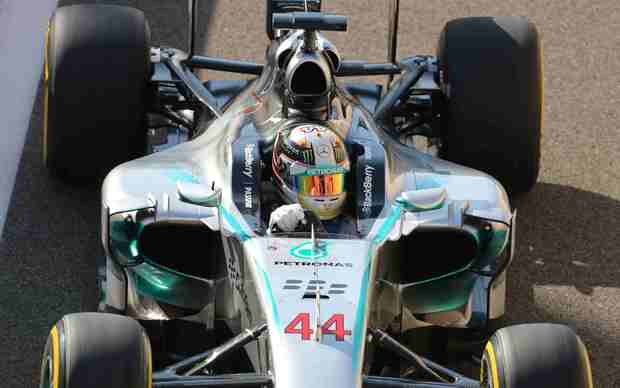 The victory was a record 16th of the season for Mercedes, who had already collected the constructors' crown, and for the first time the winner took 50 points in an unprecedented and controversial double points finale.

"This has been just an incredible year. I can't believe how amazing," said Hamilton. "This is the greatest moment in my life. It feels very surreal."

"(Winning in) 2008 was special but the feeling I have now is above and beyond. It's the greatest feeling I've ever had. Thanks so much everyone."

Rosberg finished 14th after starting on pole position and 17 points adrift, the much-vaunted 'duel in the desert' becoming a nightmare after dark for the German son of Finland's 1982 champion Keke.