The four-time world Formula One champion Sebastian Vettel of Germany has signed a three-year deal with Ferrari following Fernando Alonso's exit from the Italian team.

The German's switch from Red Bull for next season was announced minutes after Alonso's departure was confirmed. 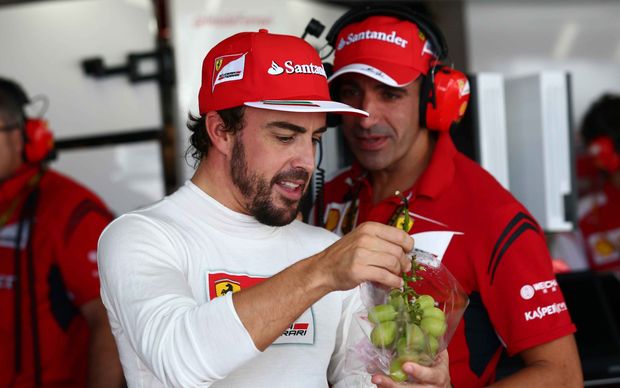 27-year-old Vettel says when he was a kid Michael Schumacher in the red car was his greatest idol, and it's an incredible honour to get the chance to drive a Ferrari.

The 33-year-old Spaniard still had two more years to run on his contract with Ferrari but he and the Italian team have agreed to part company.

He says it was a difficult decision to take, but a carefully considered one from start to finish, and his love for Ferrari was a prime consideration.

Alonso says he had begun to think about leaving Ferrari as long ago as 2013.

McLaren will not announce their two drivers until at least December 1st as they decide whether to retain Jenson Button or Kevin Magnussen alongside Alonso.

The current season has one more race to run, with Britain's Lewis Hamilton battling Mercedes team-mate Nico Rosberg of Germany for the title at this weekend's Abu Dhabi Grand Prix.

Ferrari last won the world drivers' title in 2007, when Raikkonen finished top in his first stint with the Italian team.