Sebastian Vettel entered Formula One with the nickname 'Baby Schumi' and comparisons with Michael Schumacher will be stronger than ever now that he has decided to walk out on Red Bull for Ferrari.

While the Italians have yet to confirm that the 27-year-old German is joining them next season, and resolutely ignored the speculation in their post-qualifying release at the Japanese Grand Prix on Saturday, Red Bull were happy to steal their thunder. 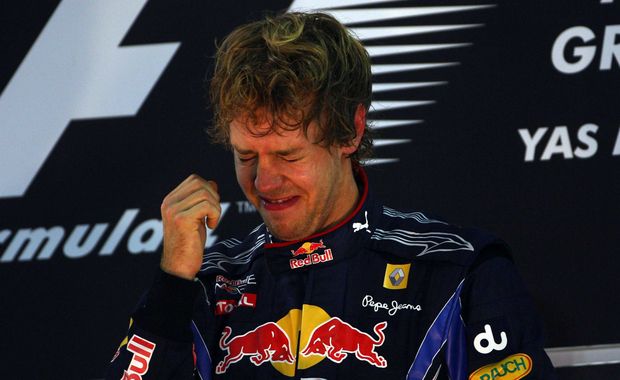 "If it's his desire to be somewhere else, then it's not right for us to stand in his path," said team principal Christian Horner after dropping the bombshell. "As of January first he'll be a competitor. He'll be a Ferrari driver."

Kvyat became the sport's youngest-ever points scorer at the age of 19 in Melbourne in March.

He has scored eight points this season for Torro Rosso and is 15th in the drivers standings.

For Vettel the lure of Formula One's most glamorous and successful team has always been almost irresistible for any driver even if the Scuderia are currently far from the force that dominated with Schumacher in the early years of the century.

Ferrari are facing their first winless season since 1993 and are going through major changes. Chairman Luca di Montezemolo is leaving this month and double world champion Fernando Alonso has appeared increasingly restless as the team is reshaped by principal Marco Mattiacci.

Just as then-principal Jean Todt assembled a winning team around a 27-year-old Schumacher, who moved from then-champions Benetton at the start of 1996, so Ferrari can be expected to try the same with Vettel.

The signs are there that a similar revolution is underway at Maranello, even if there can be no guarantees of success.

Ferrari, who are putting much of their design faith in former Lotus technical head James Allison, meanwhile recently parted company with their engine supremo Luca Marmorini and have plenty of work to do.