The second cricket test between New Zealand and Pakistan in Dubai has ended in a draw.

Pakistan held on for the draw after being set a challenging target of 261 off 72 overs on the back of a brilliant Ross Taylor century. 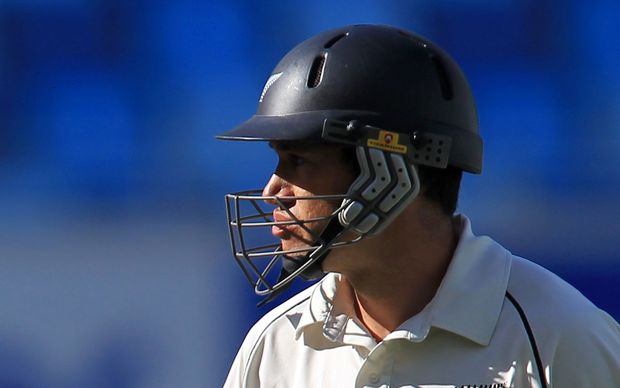 The early loss of four Pakistani wickets meant all results were possible by tea on the final day but Pakistan finished 65 runs short of victory when bad light ended play five overs before the scheduled close.

Asad Shafiq was 41 not out and Sarfraz Ahmed was on 24 as Pakistan finished on 196 for 5, with the draw preserving their 1-nil lead in the three-match series following last week's 248-run win in Abu Dhabi.

An 8000 holiday crowd had anticipated a Pakistan win after New Zealand captain Brendon McCullum had sportingly declared at 250 for 9 after Taylor notched 104 for his 12th Test century.

The Pakistan captain Misbah-ul-Haq says credit to New Zealand, they showed a lot of improvement after the first game..... but was a little bit disappointed because, had they taken their chances, they could have had a better result.

McCullum praised New Zealand's resolve, saying obviously it was a very very good Test match.... it was a great effort and I think the toss was really important and they managed to put on a good total (403 after he elected to bat) and that really lifted them.... he's proud of the boys.

Younis (44) and Shafiq lifted Pakistan from a precarious 75 for 4 after Trent Boult had dismissed Shan Masood (40) and Misbah (0) in successive overs.

Pakistan, needing 130 in the last 20 overs, picked up the tempo with Shafiq hitting two boundaries off Mark Craig but the offspinner derailed the chase when he dismissed Younis with a turning, rising delivery that took the edge and was well held at slip by Taylor.

Taylor, who had just 31 runs in three innings this series, batted with authority during a 200-minute stay at the crease with 12 boundaries.

New Zealand, resuming on 167 for 6, looked for quick runs which came once Taylor reached his hundred.

The third and final Test starts on Wednesday in Sharjah.