The Pakistani cricketers have completed a 248 run victory over New Zealand in the first Test in Abu Dhabi.

Pakistan's Misbah-ul Haq became his country's most successful captain as his team strolled to victory and a 1-nil lead in the three-match series. 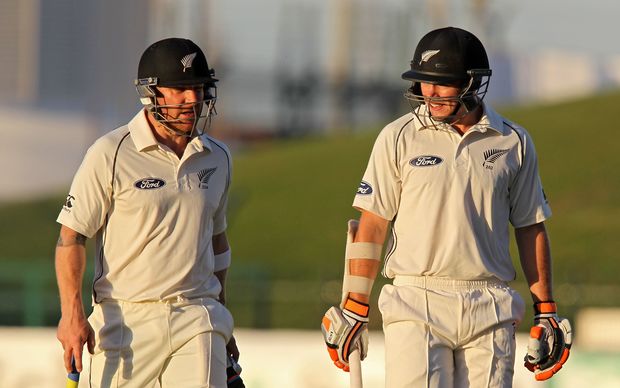 Brendon McCullum and Tom Latham during first Test against Pakistan in Abu Dhabi in 2014. Photo: PHOTOSPORT

New Zealand resumed day five on 174 for 8, but they were dismissed 17 overs later for 231 with Ish Sodhi top scoring in the innings with a career best 63.

The New Zealand captain Brendon McCullum says obviously they were clearly second in this Test match.

Misbah says it's a great feeling to be part of the winning team.... it's a young team, nobody expected them to perform like this.

This was Pakistan's third Test win in a row after they white-washed Australia 2-nil last week, their first series win over the Aussies for 20 years.

It was again a case of Trans-Tasman neighbours Australia and New Zealand failing to cope against Asian spinners.

But New Zealand still has a better record in the continent than their Aussie cousins, losing six of their 13 Tests, winning two and drawing five.

Australia have lost 10 of their 15 Tests in Asia, with only one win and four draws.

The second Test starts in Dubai on Monday while the third and final in Sharjah from November 26th. 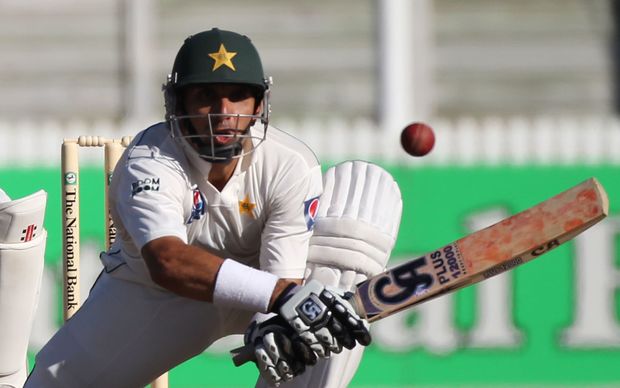