Poultry farmers and chicken litter companies are losing business because of claims that chicken feed is spreading the pest velvetleaf, the Poultry Industry Association says. 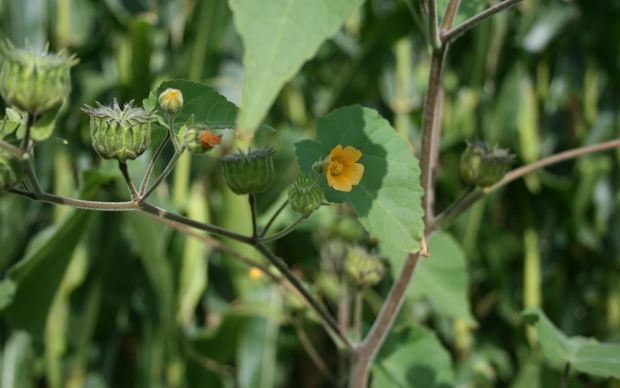 Velvetleaf, which is seen as the world's worst cropping weed, has been found on 248 properties throughout 11 regions of New Zealand and MPI has identified the kyros, bangor and feldherr lines of fodder beet seed as the culprit.

Federated Farmers said the plant was popping up where chicken litter had just been spread, and it believed imported chicken feed was responsible for a velvetleaf outbreak in Waikato.

The Ministry for Primary Industries said it was taking farmers' concerns seriously but was confident that maize silage was causing the spread, not chicken feed.

Chicken farmers sell the litter from their barns to companies who then sell it on as fertiliser to be spread on dairy pasture and arable farms.

"The end result of this has been that chicken litter and the companies that are supplying it, they are now facing going out of business because, due to the unsubstantiated claims being made, people will not buy the chicken litter."

Mr Brooks said there were only two or three companies involved, but up to 170 meat chicken farmers across the country could be affected.

He said the lack of a market for the litter would have serious implications for New Zealand farmers.

"People need to be very clear when making these claims and their criticisms of the import standards, there is a lot of collateral damage, very serious damage, they are doing to another whole industry - which is, actually, the biggest customer for feed arable grains in New Zealand."

Mr Brooks said chicken feed goes through a thorough process of being ground, heated, tested and sampled before it is distributed.

He said the major chicken litter supplier in the Waikato does at least annual testing of litter from each farm, and has now got the recognised testing laboratory Eurofins to add checks for velvet leaf, with negative results.

This was in addition to negative test results for velvetleaf in the finished feed from the feed mill company, Mr Brooks said.

But Federated Farmers said it could cite multiple cases of outbreaks occurring where chicken feed had been spread. It said farmers had done testing and taken photographs in the North Island.

The organisation's maize vice chairman, Hew Dalrymple said MPI was not doing anything about their concerns and the possibility of chicken litter spreading the pest weed.

The Primary Industry Ministry's (MPI) director of plants, food and environment, Pete Thomson, told Nine to Noon that MPI is confident that maize silage is causing the spread and not chicken feed.

However, he said MPI was taking farmers' concerns seriously and trying to get more evidence from them. Waikato Regional Council was also looking into their claims.

"We need to work with Federated Farmers and get better information from them so that we can track the evidence back and determine whether this really is associated with the imported grain pathway."

Mr Thomson said MPI had high confidence it would be able to identify the sources of velvetleaf.