The company which imported shipments of seeds contaminated with the invasive weed Velvetleaf says it fully complied with importing requirements. 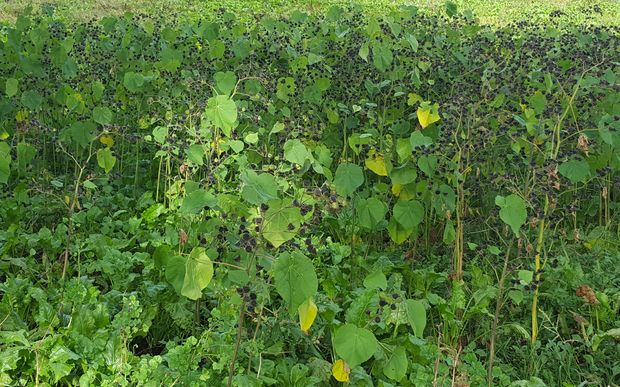 The Ministry for Primary Industries and regional councils are in the middle of an aggressive search and destroy programme for the plant, which began appearing a month ago in the fodder beet crops grown for winter dairy feed.

MPI says it has found velvetleaf on 115 properties nationally, and has 150 staff in the field searching.

DLF NZ imported the seed and general manager Tom Bruynel says it appears there has been Velvetleaf contamination in the fields in France and Italy which has gone undetected.

"To everybody's surprise, it survived the processes that follow on from that and ended up in the boxes of seed that we had imported here, and have sold. I must point out that everything has been imported in line with New Zealand requirements and has been inspected at the border, but clearly that is not tough enough, and it's allowed a very low level of contamination to come through."

He said the company was going all the way back to the production fields and making sure the quality assurance systems were improved.