An online app has been created to help farmers stick to the rules of the new Health and Safety at Work Act. 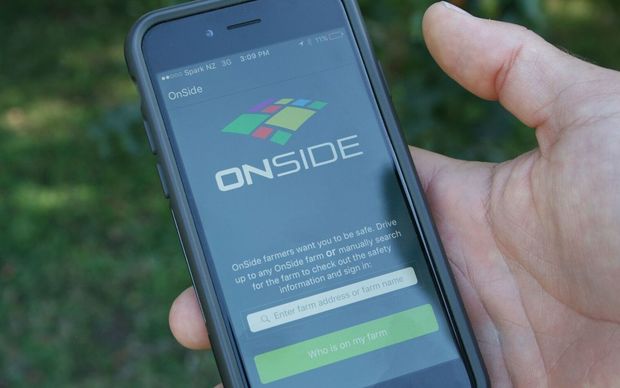 OnSide has created an app to help farmers with new health and safety rules. Photo: SUPPLIED/OnSide

The act came into force on Monday and clarified duties around risk management on farms to better protect New Zealand workers.

The app, created by OnSide, helped farmers keep track of key elements of the the new safety plan.

It also used mapping technology to track hazards and used photos rather than written descriptions to show the risks.

OnSide chief executive Ryan Higgs said the app would be free for April, and after that would be $10 per user a month.

OnSide had spent months conducting on-farm research and had run a trial with 50 farmers to make sure the app was simple and time-saving, he said

Risks could be updated on the app by the farmer, and visitors to farms could report new risks or incidents through their phone.

It could also be used offline for farms with no phone reception, Mr Higgs said.