Another multi-million dollar irrigation scheme has been opened in Canterbury this week amid calls for a price to be put on water. 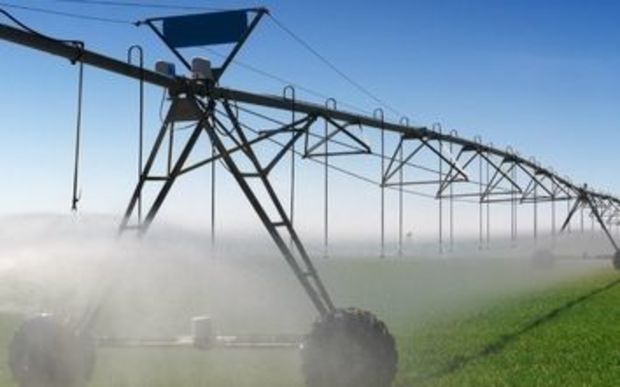 The Waihao Downs Irrigation Scheme in Canterbury was officially turned on this week.

"We can take 1.50 cubic metres of water a second from the Waitaki River, it then goes through a 7km water race into the first holding pond, it then gets pumped up the hill and then is distributed out."

Each farmer paid about $750 per hectare a year to be part of the scheme.

In the Ashburton District the council is selling a section in its business estate which comes with a resource consent to extract up to 45 litres of water a second from the town's aquifers.

The sale has the Environmental Defence Society calling for a price to be put on water.

Mr Murphy said it was not as easy as that.

"A lot of people don't look at the benefits of irrigation, as well as the long term effects. This scheme has only just started and its taken a lot of work to build it, which is jobs in the region."

Duntroon farmer Matt Ross said he moved to the Waitaki region because of its irrigation potential.

He has transformed a dry-land farm into a successful dairy farm and said if a price was to be put on water it would have to be a nation-wide policy.

"I struggle with the concept of putting a price on water because if that happened we would all have to pay. People have this perception that farmers are getting free water, but it is no different for people... getting it pumped to their homes.

"For us we have to pay for the infrastructure to get the water up to our property and then we pay for the consenting process, that in itself is expensive, it probably costs us $1000 per hectare per annum.

"If the conversation is had about a price on water it needs to be nationwide, it needs to have all water users, not just farmers but businesses, recreational users, and it needs to be a fair, balanced discussion."

He could not afford to pay a water-tax considering the current dairy price, he said.

Waimaori Lot 9 Action Group is set up to oppose the Ashburton sale and its spokesperson, Jen Branje, said she had no problem with farmers using water to irrigate their land.

"There is going to be a giant tap at lot 9. Foreign investors are going to come and fill up their trucks with water and ship them out, which has its own implications on our roading structures as well as the logistics of it.

"And they don't pay for that water, all they pay for is that block of land and there is no economic benefit whatsoever for our community."

The group is organising a protest against the sale next week.