Researchers at Massey University have invented a prototype robot designed to perform several different tasks on farms, orchards and vineyards. 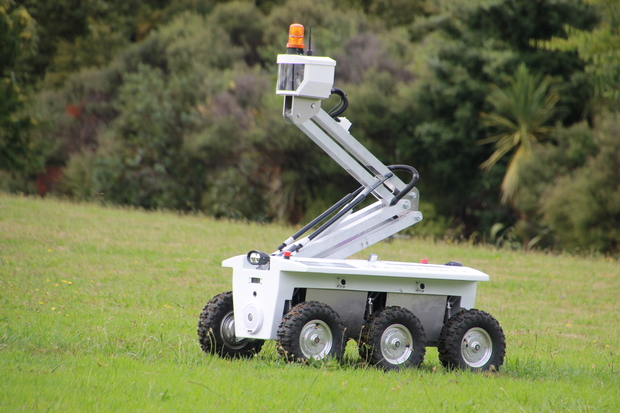 The robot's design was a collaboration between Massey's School of Engineering and Advanced Technology and the Centre for Precision Agriculture.

A project leader, Professor Ian Yule, said the idea was to rent the robots out for about $2000 a month for everything from frost protection to assessing pasture quality.

"If you are in a vineyard and want to use frost protection, then what you might do is for a period hire a robot that goes out, in the same way you use helicopters, you move air around.

"That same robot gets hired somewhere else later in the year when there's another appropriate use for it.

"The concept is being developed for a number of inspection purposes and tasks around agriculture and horticulture. So there is a whole lot of uses we think we can make.

"A robot is a cheaper option that would also be more reliable as it is less weather dependent than drones. The hope is the robot will be fully automated."

The prototype robot was to be displayed today and tomorrow at Central Districts Field Days at Manfield Park in Feilding.