A velvetleaf outbreak has moved up the country and the Ministry of Primary Industries thinks the seed that spread it could have been imported two years ago. 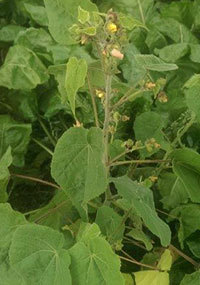 MPI thought the pest plant, a prolific seeder that kills off crops, was only in the South Island, but two outbreaks have been found in the Waikato.

A Ministry of Primary Industries spokesperson said it could be linked to imported contaminated fodder beet seed.

"It's a serious issue for farmers, we've got reports out of the USA that it can get up to 90 percent crop damage, it spreads very quickly, each plant can spread up to 1000 seed and the seed viability is extremely high."

Mr Embling said farmers needed to check their fodder beet crops and call 0800 80 99 66 if they thought they had the pest.