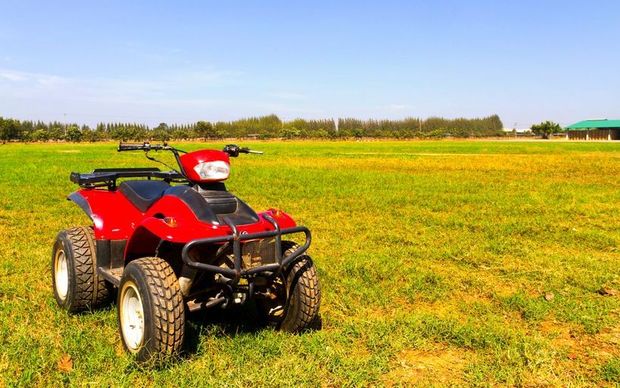 A team surveyed 216 farmers and eight were then interviewed as part of the study, which was undertaken by researchers at the University of Otago.

Researcher Lynne Clay said farmers were asked about unrealistic optimism, the 'it won't happen to me' idea, fatalism and risk-taking in their recollections of quad bike accidents.

Ms Clay said confidence played a huge part in accidents, and too much or not enough confidence was a key factor.

"So that's when I went back in more detail and looked... at well how did farmers perceive this risk and why is it then that maybe some people who think it won't happen to them, it actually doesn't and it's more protective?"

"Farmers know the risks and so when you sit down and talk to them they can reflect on what the risks are for them, personally having a quad bike incident, but when they're out there on the job and in the moment, then there just isn't the time to think about it because they're trying to get on with the job - or things just happen so quickly they don't have the ability to do anything about it."

Ms Clay said reducing the high rate of accidents involving quads wouldn't be easy because the rider, terrain, weather and each incident were so different.

WorkSafe figures show five farmers are killed and 850 are injured in a quad bike accidents each year.