Farmers are pleased at the government's offer of a second chance for Filipino dairy workers caught in visa scams.

Applicants who admit to providing false information about their work experience in order to gain a visa, but who are otherwise compliant, will be eligible for a further work visa.

But workers and advocacy groups are still concerned there could be snags in the process.

About 600 of the approximately 1700 Filipino workers in this country are expected to be affected as their visas come up for renewal.

Federated Farmers dairy spokesperson Andrew Hoggard said if the affected workers were made to leave it would cause huge upheaval, and the government had taken a pragmatic approach.

"That would have resulted in quite a challenge for a number of farms in particular regions.

"It would have led to not only poor economic outcomes for those farms and the industry, but also potentially poor animal welfare and health and safety issues as well, on those farms."

The labour markets were tight down south, particularly because of the Canterbury rebuild, and migrant labour had been essential for the growth of the industry in Canterbury and Southland, he said.

"If they have provided a padded CV for example, or one that didn't accurately reflect what experience they had - what we do know is that some of them weren't able to prove their experience, but have otherwise worked well on the farm while they're here, they've made good connections in the community, and have admitted to their initial infraction.

"There will be a pathway for them getting a visa renewal."

But further visa applications from the workers could be declined if they did not meet other standard health and character requirements, he said.

Filipino Bob Balanos has lived in New Zealand for 10 years, and now runs a dairy farm in Canterbury.

He welcomed the move by the government but said the rules were vague, and he was troubled by one in particular.

"But three years down the line, when he reapplies, he automatically fails the character test and is sent home, which to me is still unfair to the worker."

A lot of the workers were not aware they had faulty recruitment papers until they went to renew their visas, Mr Balanos said.

Many had got themselves in thousands of dollars worth of debt to loan sharks to get here and the government needed to crack down on it at the Philippines' end, he added.

"I think the focus should be on strengthening the training of the immigration personnel in the Philippines so that any other attempts by unscrupulous people, whether they're applicants or recruiters, are caught there before the people are sent here."

Often Filipinos needed to work for years to pay off their debt before they were actually able to send money to their families back home, Mr Balanos said.

Filipino Dairy Workers Association chair Earl Magtiby said the changes would be a relief to many workers, who had feared being deported.

He said he was anxious that the minister's comments, that workers would be assessed on the basis of how useful they were, could leave people open to exploitation.

Mr Dela Vega, who is based in Cheviot, said he had genuine work experience from time spent in Saudi Arabia.

Over the last two months, he said he had been caught in a slowdown in processing all visa renewals.

People who gained their work experience in Saudi Arabia or Japan were unlikely to have faked documents, Mr Dela Vega said. 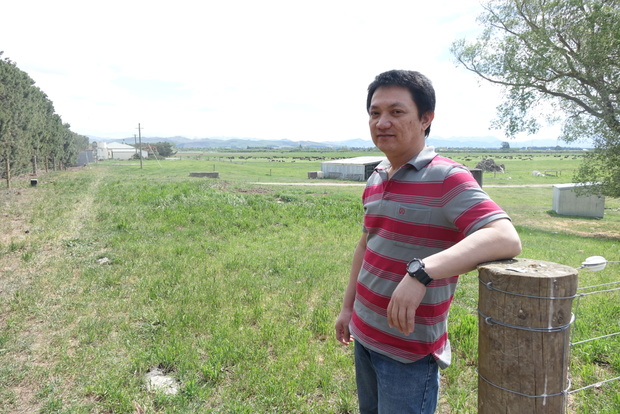