A new report on Asian migration shows more people are choosing to live in provincial areas such as Southland. 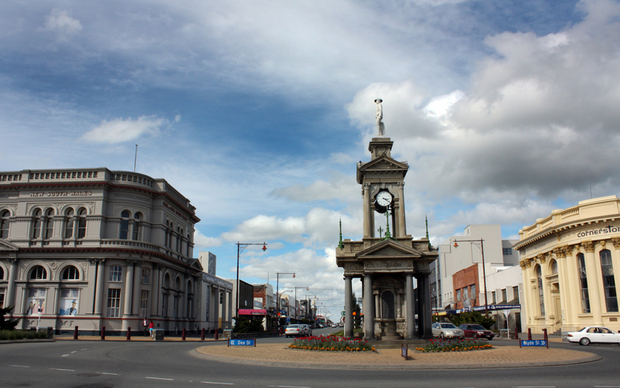 The Asian population in Invercargill grew 170 percent between 2001 and 2013. Photo: SUPPLIED / ICC

The study, Beyond the Metropolis: The Asian Presence in Small City New Zealand, examined the impacts and trends of migration in six areas: Invercargill and Southland, Queenstown, Nelson, Napier-Hastings, Rotorua, Tauranga and Western Bay of Plenty.

The report was commissioned by the Asia New Zealand Foundation and based on data from the 2013 Census.

It found between 2001 and 2013, the Asian population in Invercargill, the southernmost city in the world, grew by 170 percent.

The foundation's executive director, Simon Draper, said Southland had the biggest percentage growth of any region in New Zealand, increasing from 852 to 2838 Asian residents in that period.

"The Southland region has had migration from Asia stretching back to the 1870s but that had pretty much flatlined up until the changes to the Immigration Act in 1987, and since that period over the last 30 years we've seen increasing migration," he said.

The report shows a relatively low unemployment rate is one of the drivers of Asian migration to Southland. The region's unemployment rate was 5.2 percent in the year to March 2014 compared to the national average of 6.1 percent.

Another factor that may be attractive to migrants, both international and internal, is relatively cheap housing. Southland has the lowest median house price of all regions - at $190,000 it is about half the national average - and the lowest median rental cost per annum, at $11,000.

"Migrants will go where they see the best opportunities, whether they're jobs or education or where it is more affordable to them, and Southland has been very successful in attracting migrants," Mr Draper said.

"They're often plugging gaps to help the economy, and one of the good news stories out for Invercargill and Southland is that the Asian migration meant the census data showed the population had not decreased for the first time in many years."

The people that fit into the Asian category are diverse and include Chinese, Indian, Korean, Filipino, Japanese, Sri Lankan, Vietnamese, Cambodian and Thai migrants.

The study's author Wardrow Friesen, who is a senior lecturer in geography at the University of Auckland, said those groups were "increasingly part of the demographic fabric of most areas of New Zealand".

In Queenstown, for example, the Asian population grew at about twice the rate of the total population in the adventure capital between 2001 and 2013. Within that, Japanese make up the highest number - with 500 people now living there, from a total Asian population of 1800.

The full report can be found at asianz.org.nz from today.