A New Zealand veterinarian has just returned from the United States where he learned about its battle with avian influenza. 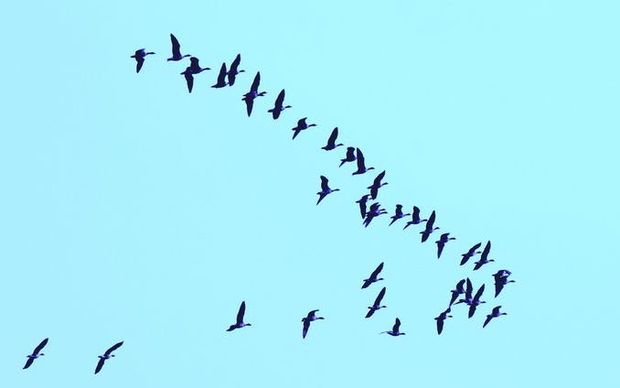 The influenza, or A I, is spread by migrating birds such as snow geese, Canadian geese and ducks and it can wipe out a poultry farm's population.

Some states were hit badly with avian influenza in May and June this year and more than 35 million birds had to be destroyed in Iowa alone.

Kerry Mulqueen is a vet and senior executive officer with the New Zealand Poultry Industry Association and recently returned from Arkansas.

During the trip he looked at the methods processing plants used to control salmonella and campylobacter and spoke to people involved in the response to avian influenza.

He said the size and scale of the response to AI was huge.

"The Arkansas Livestock and Poultry Association had 120 employees and 32 livestock instructors they could place on a farm within a day.

"We don't have that kind of resource in New Zealand. In terms of Arkansas, they only had the one outbreak which they depopulated the birds within just over 36 hours. In Iowa, where they had multiple outbreaks, it was taking them anything up to 7 to 8 days to actually depopulate the birds."

He said United States authorities were on high alert as birds were beginning to migrate again.

"The reason they believed that they had a problem this time was that the birds were actually held up in the US on their trip north by storms further up.

"So the birds actually settled for two or three weeks instead of just passing through they camped and that just increased the exposure. They're hoping for a quick passage of the birds from north to south this time."

Mr Mulqueen said New Zealand's risk of getting avian influenza from migrating birds was extremely unlikely and the biggest risk was humans.