Farmers in the lower South Island are hoping to see the back of the weekend's snow storm, which brought this winter's 10th snow fall.

MetService said parts of south Otago and northern Southland received snow over the weekend, and while the worst of it is over, snow could still fall to 300 metres in those areas.

Snow at this time of the year is not unexpected by farmers, but it arrived while animals were in the midst of lambing and calving. 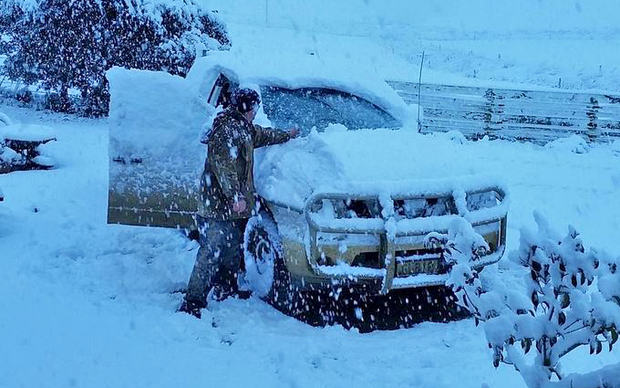 Southern farmers are sick of the snow after 10 falls this winter Photo: SUPPLIED / Katrina Thomas

Mr Williams, who farms in the Clinton Gorge, said some of his stock are lambing and calving and while he expects to lose some, it's too soon to know how many animals may have died.

"I've been out this morning and around but you only disturb things out of shelter, so you just stick to the road and just keep an eye on things," he said.

"There's not a lot you can do when the weather's like this. You've just got to stay away, otherwise you just cause more trouble and the stock are in a routine, they go out and get a pick when they can and then they go back to shelter when another snow storm comes through. You don't want to interrupt that, you may see a problem but you can't forsake the ones that are alive and in a routine from trying to help them out."

Mr Williams said feed was in a desperate situation as there hadn't been any grass growth. 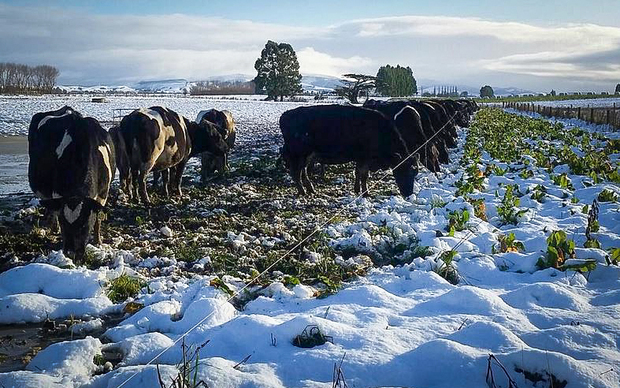 Robert Durling farms dairy dry stock at Athol in northern Southland and he agreed feed was tight there too.

Mr Durling said the weekend was horrendous and this winter had been the wettest in 40 years.

"We've had a howling southerly with hail, sleet and snow and rain, it's been brutal," he said. "It's been the icing on the cake for this winter, it's just been shocking.

"The young stock always get hit as soon as you get that cold, the wind chill factor calves can start scouring, it just knocks everything back because they're putting so much into keeping warm. The older stock if they get wet and you've got that wind chill, you've got to watch they're not going to get hypothermic. They need shelter."

He said they haven't lost any stock yet, however.

"We had calves outside and we brought calves into sheds and I moved stock on Friday into blocks with good shelter, so touch wood we won't lose anything." 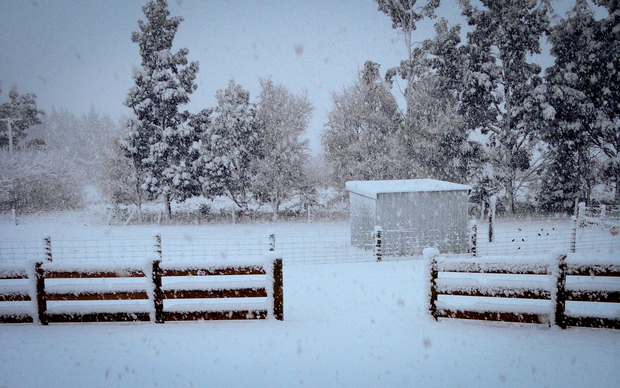