Farmers in the Chatham Islands have battled a harsh winter with snow falling to near sea level for the first time in decades. 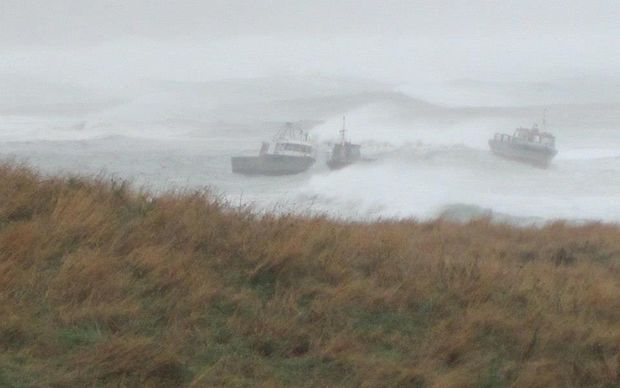 A photo on Facebook of storms in the Chatham Islands in March. Photo: Marlon Thomas

The cluster of 11 islands lie 750 kilometres east of the South Island and is New Zealand's most remote community. Of about 600 residents, 40 or so are farmers.

Mr Anderson says snow fell for the first time in his 45 years on the island - and it had already been a a tough year.

"We had drought at the start of the year, which is quite unusual for us, and the drought was broken by Cyclone Pam ... we had a direct hit from that as it came over the island.

The islands had more severe weather this year than in decades. "In mid-winter we had an incredibly unusual snowfall," said Mr Anderson. "To my knowledge in the last 70 to 80 years there hasn't been snow like that on the island - it was basically down to the sea."

Mr Anderson said there was not a lot of feed, but it was not a desperate shortage.