Farmers in Manawatu, like those in the Whanganui and Taranaki regions, are waiting for floodwaters to clear before they can begin to clean up and repair fences, and see what damage may have been caused to pasture. 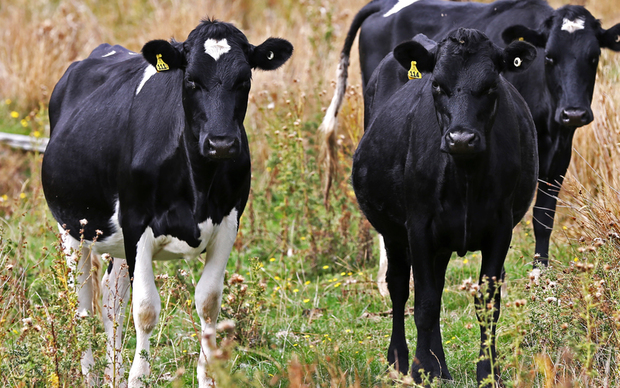 Farms in Rangiotu in southern Manawatu were left badly flooded after the weekend rain caused the Oroua River to breach its stopbanks.

The chief executive of Hopkins Farming Group, Richard Syme, said all six of the company's dairy farms flooded and one of them was left almost entirely under water.

Mr Syme said that farm's manager had to be plucked from his home by a helicopter after the flood cut off all road access.

"From Sunday onwards we've had to use a helicopter to move staff around and to drop feed to cows. Yesterday we managed to get access to the farm through a stopbank and walk 300 cows out and get them loaded to another property.

"We've been able to feed the milking cows right through. We had some dry cows that we had to helicopter hay into, but they've come through OK.

"We did lose about 40 two-month-old calves in the flood that sought shelter in a shed that ended up getting flooded."

Mr Syme said three of the farms were still underwater, but some of their neighbours were even worse off.

"We know there's about six farms near us that are affected worse than us, they've had houses get flooded and silage stack washed away in the flood. This sort of area in Rongiotu and Main Drain Road was probably the area in lower Manawatu that was the hardest hit."