The Government has declared a medium-scale adverse event for flood-hit areas of the lower North Island. 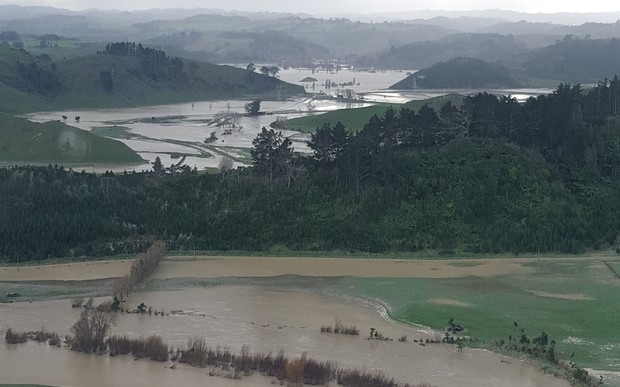 Primary Industries Minister Nathan Guy made the announcement a short time ago after inspecting damage from flooding and slips in Whanganui today. 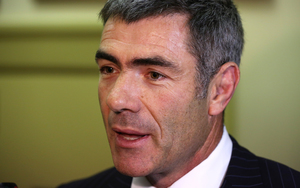 The declaration triggers extra government support for affected areas in the Manawatu-Whanganui and Taranaki regions.

That includes $100,000 of funding for rural support trusts, to provide back-up and advice for farmers.

Those who have lost their incomes can also apply for rural assistance payments from Work and Income.

Mr Guy said his ministry would continue monitoring conditions very closely and a recovery co-ordinator would be appointed.

The Government has also activated the Taskforce Green temporary employment scheme to help with the clean-up.

As floodwaters begin to recede, councils have been starting to assess the scale of the damage and what's needed to re-establish access to cut-off rural communities.

South Taranaki District Mayor Ross Dunlop flew over the Waitotara Valley and said the devastation was worse than imagined.

"We got a helicopter out there and got some photographs and, really, there's just incredible damage and devastation to a lot of our back country roads - we've got a huge task in front of us, cleaning up.

"For example, the Waitotara Valley Road, which is about 40km long, there's at least 60 to 70 slips along that road and some big slips... 70 metres or so long, some of them."

Mr Dunlop said Civil Defence had been to check on families in remote parts of the region, who were now further isolated by slips.

"My biggest concern is really the people out in the back country," he said.

"There's a lot of families and people that are unable to get out and, whilst they're extremely resilient, most of those people, it would be just so frustrating just to be trapped in there."

Civil Defence said it was still trying to make contact with some residents in isolated parts of rural Taranaki.

He said most people were coping but about six families with urgent needs would receive food, water, medication, baby food and other necessities today.

Helicopters have been continuing aerial assessments across the Tangahoe and Waitotara Valleys in an effort to reach other isolated homes today.

Rounding up stock proving a challenge

Paul Pedersen has about 250 bulls on a block of land in the lower Waitotara Valley, just north of the flooded-out village.

He said he now has access to the land, which had been completely cut off by slips, but rounding up the bulls had been a bit of a mission.

"We got in with a helicopter and we managed to shift some cattle, but it's a bull farm," he said.

"Unfortunately, there are about six mobs of bulls that have turned into one mob - and there are no fences, in a lot of cases, and they got in around the house and completely demolished the garden."

He said they were planning to send some of the bulls to the works, but would probably also have to reduce stock numbers significantly beyond that because of the flood damage.

Mr Pedersen said getting the power restored, after losing it four days ago, was proving to be an exercise in frustration.

"A lot of people haven't got any power and to a degree that is miscommunication ... I saw the Powerco man yesterday and he hadn't been aware of the problem until yesterday afternoon, and we'd been ringing them for the last three days."

But he said road clearing, which began yesterday, was going well.

"There are huge slips, the cost is going to be astronomical, but they're just opening the roads so you can get past ... The erosion in the Waitotara River is just unbelievable."