The man appointed to represent farmers in trade talks is echoing Trade Minister Tim Groser's desire to have the Trans Pacific Partnership (TPP) in place by mid-year. 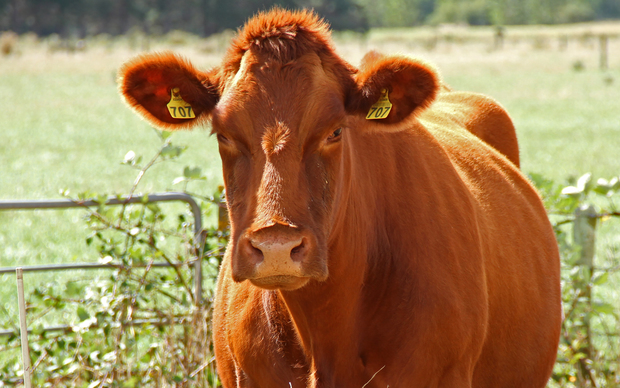 A cow on a farm just out of Feilding. Photo: RNZ / Alexander Robertson

Mr Groser said there was a 70 percent chance of getting a basic deal together within a few months.

The comment comes after a US congressional committee approved fast-track legislation - which means the US president can make trade deals that cannot be amended by Congress, who can only vote to accept or block the proposal.

"In my view, we really need to have this set of negotiations completed by the end of June.

"So I'm really talking a couple of months rather than a few months - if we don't get it concluded by the end of June, then I think there is a risk that the political timetable in the US might overtake it."

Trade Minister Tim Groser has estimated there is a 70 percent chance of passing the TPP in the next few months. Photo: AFP

"We've had in the past few years some pretty good success in bilateral trade agreements, but this is really the first really big regional agreement that is looking to integrate the Asia Pacific region much stronger than it has before.

"The reality is that when it comes to the difficult issues, agricultural market access remains one of the toughest to get through.

"So this is a big opportunity for us in New Zealand, for particularly opening up markets into the US, Canada, Japan - [and] we have other opportunities in this Asia Pacific region as well ... I'm confident that we will see other countries joining quite quickly into TPP once this has concluded, and where it goes to from here is probably the most exciting."

Mr Petersen said he was well aware of critics' claims that the TPP would erode New Zealand's sovereignty - but he was confident this country's negotiators would do what was best.

Meanwhile, representatives from the Five Nations Beef Alliance, which includes New Zealand, have joined the chorus for the TPP negotiators to get on with it.

They said discussions over the next few days would be critical as the negotiators aimed to narrow the outstanding issues before a hoped-for ministerial meeting this month.

Alliance members have been repeating earlier calls for TPP negotiating teams to deliver an agreement that would make it easier to do business, establish fair trade rules and reduce costs.

That would include providing better market access for beef by reducing the tariff and non-tariff barriers blocking the trade in some countries.