MPs have been warned a disputes provision in the South Korea trade deal could expose the New Zealand government to multi-million dollar lawsuits from foreign corporations. 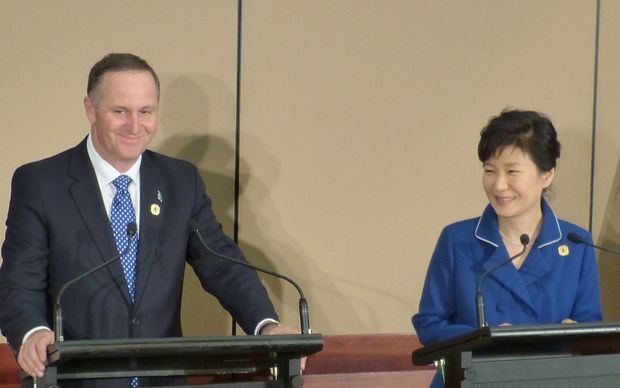 Once in force, the deal will progressively lift tariffs worth about $230 million a year, currently paid by New Zealand exporters.

He told the committee he could not invoice clients for work he had not done, which was what the dispute clauses allowed large, foreign companies to do.

"The public is set to lose twice ... once through having to pay a fine and associated costs, and two losing out on having a government that legislates in their interests in the first place.

"Maybe three by our Government favouring these trans-national corporations - how can small business compete with this?"

Jane Kelsey, a Auckland University law professor and long-time TPP opponent, told MPs any companies wanting to challenge contracts or domestic regulations should do so through the established legal system.

"If we have investors who have concerns about investing in another country they should take out risk insurance; that's what prudent investors do.

"We don't want these kinds of broad, far-reaching totally unpredictable investor-state disputes processes that have now become completely out of control."

This issue was raised the day the South Korea deal was signed during an interview with Trade Minister Tim Groser in Seoul.

At the time he defended the provision, saying it was also likely to be part of any TPP agreement.

"I think it's essential politically to have it in terms of US positions but also even ourselves have got a reason for having it.

"Frankly, in certain countries... there's a genuine and legitimate concern about the court processes in those countries.

"Can we rely on them to protect our own people putting money on the table, so we ourselves have got an interest in having an outside arbiter, if you like, to have a look at disputes."

The deal still has to go through the Parliaments of both South Korea and New Zealand before it can be ratified, and brought into effect.