A group opposing the Trans-Pacific Partnership says if the trade deal is not done by the middle of this year, it is likely to die for the next 18 months because of the United States election season. 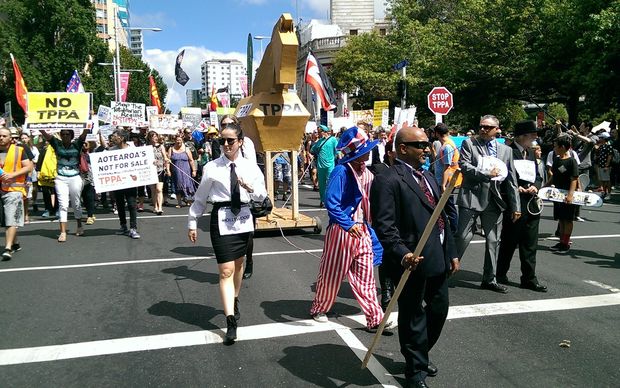 Trade Minister Tim Groser has expressed renewed optimism the TPP will be settled by mid-year.

But the spokesperson for the group 'It's Our Future', Edward Miller, said if President Barack Obama decides the deal is not going to be part of his legacy, there will not be much point in pushing to get the agreement signed.

Mr Miller said Mr Groser was being over-confident in order to make the Trans-Pacific Partnership's backers feel there is still a future in the deal.