A new infant formula from New Zealand being sold exclusively online in China has cut retail prices there by up to 75 percent, a Lincoln University analyst says. 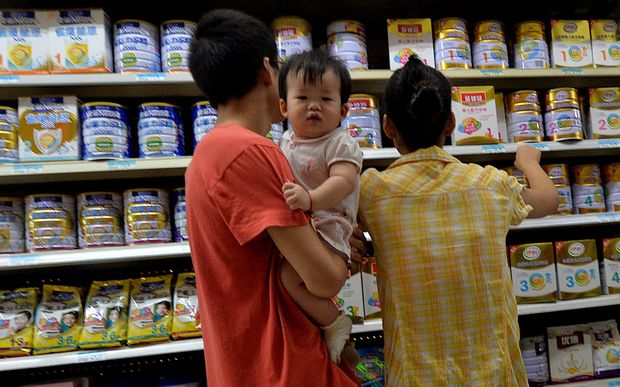 Lincoln University Professor of Agri-Food Systems Keith Woodford said Chinese consumers had been paying about $80 for a 900 gram can of formula but the new product sold for just over $20.

Mr Woodford said online sales cut out the middlemen who drove up the price, and that other companies must take note.

"In China you find with infant formula that a lot of it goes through about three different levels of distributor before it gets to the supermarket. The physical distribution systems are long and tortured and they will be under great pressure to improve those as well," he said.

"Infant formula and all sorts of other products have been sold online for quite a long time but that in itself has been a little bit haphazard. So for most companies that has just been something on the side.

"I think that in countries like New Zealand, and probably most other western countries, we have tended to underestimate the huge move towards online selling in China."

Mr Woodford said most companies in New Zealand had underestimated the move towards online sales in China, and that the price cuts put pressure on other formula companies to follow suit.

"Well we have already seen that Yashili, which is another infant formula company, they are saying that they are going to more or less match the Akarola price. They haven't set a firm price but it will be somewhere just around there," he said.

"A lot of the other companies will say 'no we're not going to do anything, we're going to keep our price up and sell as a premium product'. But eventually a whole lot of others will have to do the same."

The online formula market was expanding rapidly but there would always be some in-store sales, he said.

Synlait managing director John Penno said the company did not set out to turn the Chinese infant formula market on its head.

"We launched it to be able to provide a very good quality product at a very sensible price which, in fact, opens up a different part of the market to this sort of product. So we're not doing it necessarily to shake up the market but it's interesting watching people debate that," he said.

"There will always be room in a market as large as China for a range of products aimed at different segments. Clearly we see a much broader range of families who can afford a product like this but that doesn't mean we are sacrificing quality."