Kiwifruit growers have given overwhelming support to keeping the industry's current structure intact and reinforcing their control and ownership of the marketer, Zespri. 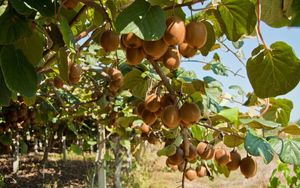 The Kiwifruit Industry Strategy Project (KISP) has just released the initial results of a grower referendum it held over the past month.

It drew a record response from two-thirds of growers, representing 80 percent of total kiwifruit production.

More than 90 percent of those who voted support the referendum proposals.

The highest support, 98 percent, is for keeping the industry's single point of entry marketing structure, which puts Zespri in charge of exports to all markets except Australia and allows it to control 30 percent of the world's kiwifruit trade in terms of volume and about 60 percent by value.

"The important step of this referendum is to ensure that there is a mechanism going forward that can guarantee long-term alignment between the growing of the kiwifruit and the ownership of the marketing arm of the industry - Zespri.

"Over time, this has started to decline because of people retiring and selling shares that weren't in relation to production ... So we aim to deal with those dry shareholders, growers who had retired but still owning shares, and the alignment of share ownership to production. Although it's not a perfect one to one (one share per tray of kiwifruit produced), we've now instigated an alignment regime,which was one of the referendum questions.

"So you'll only be able to own shares to a maximum of four to one in proportion to the amount of kiwifruit you grow."

"The regulatory change required is for the Government to give control of those decisions back to the industry, by allowing Zespri to change its constitution, that will allow for those changes in ownership and control."

Mr Richardson said the final votes of the referendum would be known once all postal votes had been processed.