The trade deal between New Zealand and Korea - its sixth biggest export partner - has been signed in Seoul. 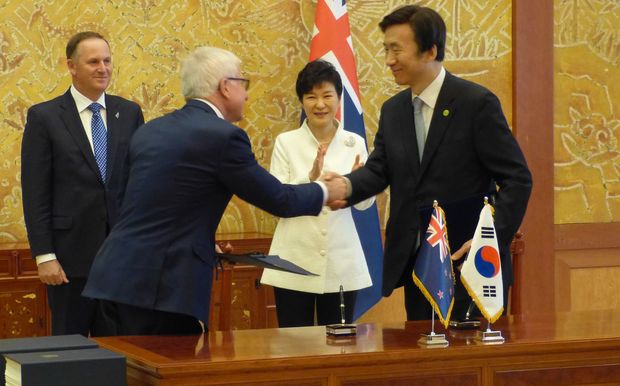 Under the deal, significant tariffs will eventually be lifted on a range of export products, most notably beef, dairy and kiwifruit.

New Zealand exporters pay about $230 million in tariffs each year to Korea.

There is an 89 percent tariff on butter, 40 percent on beef and 45 percent on kiwifruit.

Mr Key witnessed the signing of the deal in Seoul this afternoon, a deal which has taken five years to finalise.

"The signing of the free trade agreement we have just witnessed opens a new chapter in our bilateral relationship," he said.

"Korea and New Zealand have been partners since the Korean War and from those beginnings in hard times, over 60 years ago, the relationship has grown enormously." 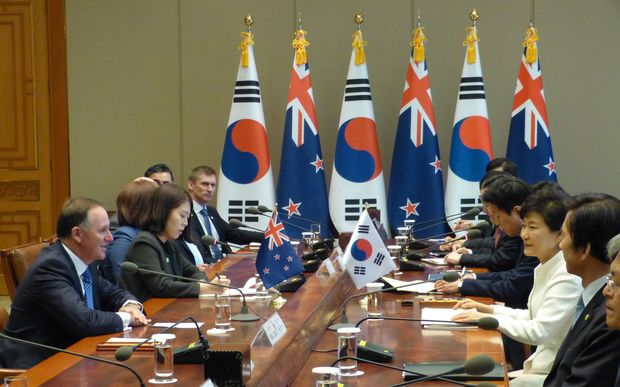 Trade Minister Tim Groser said it had not been an easy road, even from the outset of the talks in 2009.

"First of all, massive political opposition to liberalising agriculture and New Zealand simply can't do a deal that excludes agriculture, so it absolutely died for about two years," he said.

"I mean, the Indian FTA is in a very similar situation now. But, you know, the one rule of New Zealand trade policy is, never give up."

Mr Groser said the deal now needed to be ratified by the New Zealand and Korean Parliaments.

Mr Key said a free trade deal with Korea would deliver immediate benefits to consumers and would further cement the two countries' relationship.