Kiwifruit marketer Zespri is telling growers in its latest forecast they can expect a big boost in returns from this year's crop. 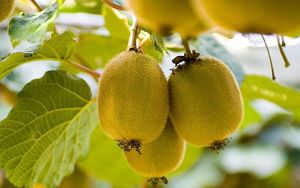 At those prices, per-hectare returns for Green and Organic Green growers will reach record levels of more than $52,000 and $42,000, respectively.

Zespri chief executive Lain Jager said it was due to a combination of limited supplies, the right market conditions and strong end-of-season sales.

"This year's been a story of some quite remarkable one-off supply conditions and that's about a very serious frost in Chile during the growing season last year, which has meant the kiwifruit market has been short of green kiwifruit through the course of this year - that's led to very strong green returns," he said.

"Fruit loss is a very important cost line in our business. In a season where sales are strong and the season finishes early, then we have much lower fruit loss than we do in a season where perhaps sales are not as robust and we're selling later, there can be as much as a dollar per tray in quality costs so to have a low fruit loss season does a lot to support the grower return."

Zespri would have the final returns from this year in February.