A report into trade barriers for New Zealand's horticulture industry reveals the amount exporters have had to pay on tariffs was 25 percent less than two years ago.

The Trade Barriers report shows tariffs imposed by other countries cost New Zealand growers on average $36,000 each - about $8000 less than in 2012. 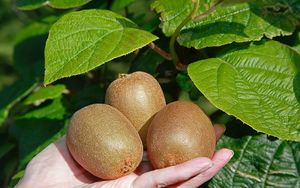 Sixty percent of New Zealand's total production of fruit and vegetables is exported and is worth just over $2.4 billion.

Horticulture New Zealand chief executive Peter Silcock said it is important to continue efforts on getting free trade agreements because while progress has been made there is still a long way to go.

"I think the biggest challenges are those ones where we've still got very high tariffs in some of the markets that we're exporting to. Clearly Korea is one of those, and we now have a free trade agreement with Korea and we're going to make some progress as that comes into force.

"But there's still some other markets like India where we have some very high tariffs and they're holding back the development of the industry. There are also some other quite big markets like the EU and Japan where the tariffs are not that high but our export values to those markets are quite high. so it accumulates to quite a cost to the industry."

South Korea charges the highest tariffs for kiwifruit at 45 percent and 27 percent for squash.