The winner of the open title at the Golden Shears says he had no idea he was in the running for a place, let alone the top spot. 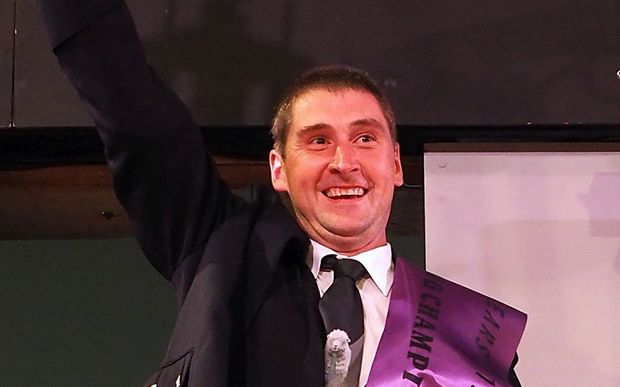 Gavin Mutch is the first overseas shearer to win the open title at the shearing event, which is known as the premier competition for the sport.

The Scotsman, who now farms in Taranaki, shore 20 sheep in just under 18 minutes; though this was not the fastest time in the competition, he scored well in quality points to beat Aaron Haynes, who came second, by just over half a point.

He has been a finalist in the competition six times and has won a world championship title in 2012, but said this was a career highlight.

He said he was speechless when he heard his name announced.

"It was a shock, yeah, I was speechless: when you've convinced yourself that you haven't done enough and you've probably just about blown your best opportunity you've had really, it's a mixture of emotions going through you at the time.

"It was funny because things didn't really go the way I'd planned, normally I like to be up with the pace a lot better, but it just didn't seem to happen that way, but I managed to keep the quality points good and the time deficit wasn't big enough to be too big an issue.

"I wasn't confident and wasn't overly happy with how I'd shorn, I would have been expecting to be third or fourth."

Mr Mutch said he planned to defend the title in the years to come.

But the New Zealand team were just pipped by the Australians in the wool handling test match.