The New Zealand salmon farming industry has been recognised as among the world's most sustainable seafood producers. 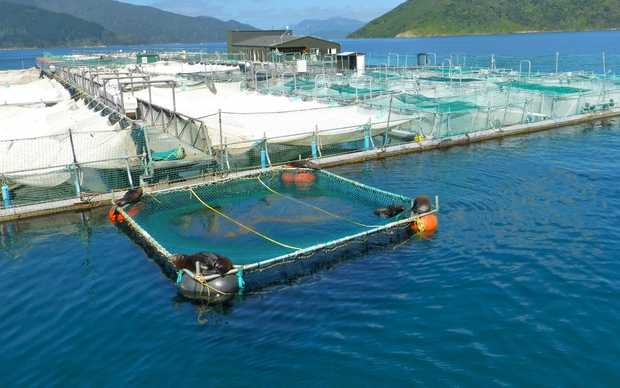 The global consumer guide Seafood Watch, which was produced by the independent conservation group Monterey Bay Aquarium, carried out a year-long assessment process into the salmon industry here.

And today it released its findings that the country's sea farmed and fresh water salmon was a green light, or best choice, option.

The result made New Zealand King Salmon the world's first and only ocean-farmed salmon to have achieved the green or best choice rating from Seafood Watch.

The general manager of marketing for New Zealand King Salmon Jemma McCowan said it was the endorsement they have been waiting for.

"North America is one of the most developed consumer markets in the world and Seafood Watch is very prestigious in North America and consumers are concerned about where their food comes from and traceability of that food.

"And seafood in particular is a hot topic and further to that, salmon is of concern. A lot of salmon is not rating green or best choice, a lot of farmed salmon in particular, and so a lot of consumers in North America have developed a perception over the years that they should stay away from farmed salmon full stop," she said.

"I guess what this is saying is that not every supplier is the same and to know your salmon and where you're getting it from and to know there are some good choices out there.

"And we believe that the entire salmon farming industry is working towards better management practices and we're just pleased to see New Zealand is at the forefront of that and leading it."

Ms McCowan said despite the company's battle to secure more farm space in the Marlborough Sounds, they were confident they would be able to meet the growing demand this news was likely to create.

"When we struggled to secure more water space and to grow our business we had a stutter in customer demand because we weren't able to supply them.

"Now we're looking at ramping up our growth and it sounds positive for farms in the near future producing more salmon in the Marlborough Sounds, and yes we are anticipating we will have to work hard to get out there and ensure that our salmon is in the premium position in the world but we do think that will support the growth plans and more customer demand," she said.

Aquaculture New Zealand's chief executive Gary Hooper said the result was hugely significant as it made New Zealand the first 'country sector' in the world to receive this level of endorsement.