It will fund almost half of a $16 million programme to give venison a boost.

The rest of the money will come from Deer Industry New Zealand and five main companies who process and market venison.

The deer industry has been working on a strategy to rescue the venison trade from its heavy dependence on European markets where prices and demand have declined. 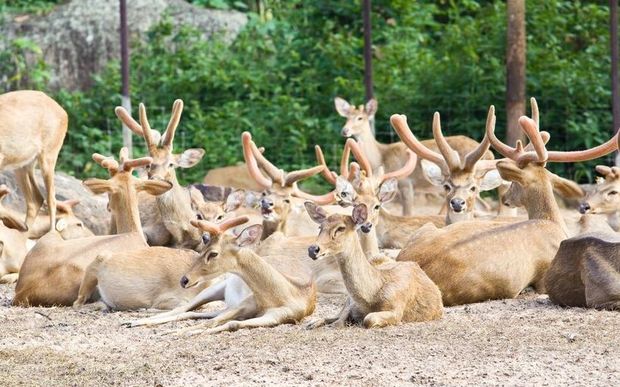 The seven year Passion2Profit project is forecast to increase the returns from venison exports by $56 million a year from the end of the programme, and reverse the decline in deer numbers.

"The main challenge that we have in terms of marketing our product at the moment is, our peak demand for venison, which is consumed mostly in Europe, comes before our peak production period. So on the one hand, we're about delivering the technology to farmers to bring their production forward, and it's quite challenging because you're trying to take on seasonal growth patterns and such like, but we think we've got the technology to do that, so we will help farmers to meet the current period of really high demand for their product and that means that the product can be sold chilled, instead of frozen."

Mr Coup said another strand to the strategy was to create new demand in other parts of the world. He said the reliance on Europe for much of the life of the industry has caused problems in the last few years,

"When the European economy's been pretty weak and associated with that, the European currency has been really weak, that's put us at a pretty massive disadvantage and I guess highlighted the cost of having a lot of our eggs in that one basket. So the second part of this project is all around developing new markets that are not seasonal and in some cases, are not Europe."

Another Primary Growth Partnership approved is a $25 million programme which aims to boost sale of healthier lamb meat.

The 'Targeting New Wealth with High Health' programme involves Government, the Alliance Group and Headwaters New Zealand - a group of farmer shareholders with interests in farms around the country.

"It's really looked at a mix of genetics and forage and it was really developed as lamb has been pushed up into the high country because the breed types have changed. It was a group of farmers that saw that opportunity and really from a market point of view, which will be progressive, as health is going to become an extremely important attribute in the future.

"It's not just about the meat products actually, there's a wider group of products because it's going to filter into medicinal and pharmaceutical type products."

Two two latest PGP programmes will bring the total to 18 with two recently completed. Altogether about $720 million is being invested in the schemes by the Government and various primary industry bodies.

Meanwhile, the prices of beef and lamb have come down in the past three weeks because so many farmers are selling excess stock.

Drought like conditions around the country are forcing farmers to sell their stock to keep numbers down and save on feed.

Chief executive of the beef and lamb promotional body, Rod Slater, said prices had fallen significantly, but it was not all bad news for farmers because the demand from the US is still keeping beef prices relatively high. He said the drop in price is due to supply and demand, which occurs most years when farm land becomes dry.

"The wholesale price [for beef] has probably dropped around 60 to 80 cents in the last three or four weeks which represents about a 10 percent drop, so it's reasonably significant, but we must bear in mind that even with these new lower prices for beef farmers are still getting greater returns than they were two years ago - much greater."

Mr Slater said the lower prices are filtering through to supermarkets so consumers are enjoying cheaper meat too.