There has been a surge in the number of lambs going to sales and meat processing plants in the South Island, with farmers reducing stock numbers because of the dry conditions and tightening feed supplies. 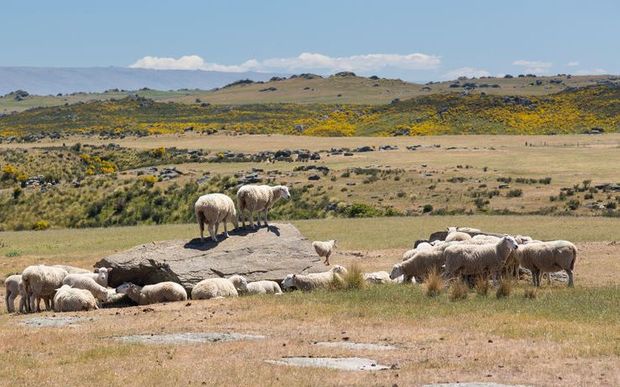 Sheep graze in the highlands of the South Island of New Zealand. Photo: 123rf

In its weekly market report, AgriHQ said huge numbers of lambs have been offered at stock sales this week in the South Island, and it expected that trend to continue for the next few weeks.

But the demand for store stock has not been great because there was limited grazing, and as a result prices for store lambs dropped by about $10 a head in the past week.

Meat company lamb payments have also fallen to below $5 a kilo in the South Island.

Dry weather has also contributed to the very high number of cattle being sent to the works.

The strongest driving force behind the large cattle kill has been the continuing high returns from the main export beef market, the United States.

Beef and Lamb New Zealand said a record 78,000 tonnes of beef were shipped during the first quarter of the meat export season, to the end of December.

That was 14 percent more than the same period the previous year. 58 percent went to North America.

"Overall for the first quarter, beef and veal exports were up 14 percent in volume, and up nearly 30 percent in average value, which is a sharp jump on the last few years. That led to (beef) exports in total earning New Zealand about $600 million in the first quarter and it's quite interesting that that's nearly $100 million more than we earned from lamb in the same period."

He said lamb and mutton export earnings for that same period also increased, despite a drop in the amounts shipped.

"That also reflects the broad increase in demand which is leading to stronger prices. Even if the volume has come down, the revenue has stayed up."

Meat companies said export lamb prices have softened lately. A stronger New Zealand dollar against the Euro has contributed to that.

Prices for lamb pelts have also taken a dive, due to falling demand in the biggest market, China.