Farmers in South Canterbury are battling a dry summer, with irrigation reserves down and disappointing rain forecasts. 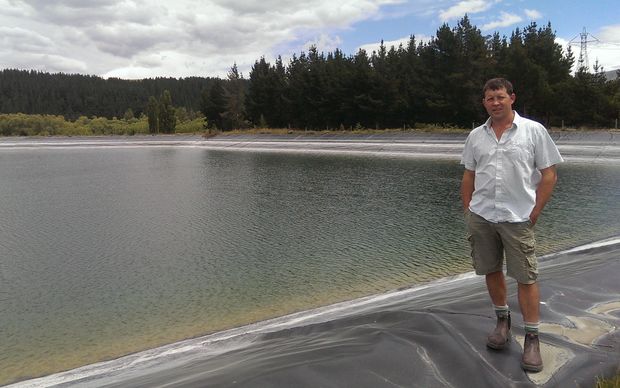 A dry spring and lack of rainfall have been made worse by a lack of snow in the winter, which in other years would usually have topped up irrigation reserves for the summer.

Farmers say every week there seems to be a forecast for rain which never comes, and the future of reliable irrigation in the southern reaches of the province lies in the Southern Alps.

Federated Farmers South Canterbury President Ivon Hurst said it looked like the dry spell could be here for a while.

"We're at the start of a drought, in a weather pattern that looks far too settled for my liking. I suspect that we will be in for a proper Canterbury drought, which we haven't had for the last 10 years. This is the nature of weather, it runs through cycles."

Irrigation had delivered a reliable supply of water for many decades, allowing many farmers to intensify, but in a one in 20 year pattern such as this, they were vulnerable if irrigation water was cut back or ran out, Mr Hurst said.

"They're stocked up, there's a lot of debt with setting up schemes like this, there's a cost with water that's ongoing.

"They've got to meet all their day-to-day, and financial costs, as well as the physical costs of feeding their animals. Most places will be running over three cows to the hectare. Those numbers put a strain on the system." 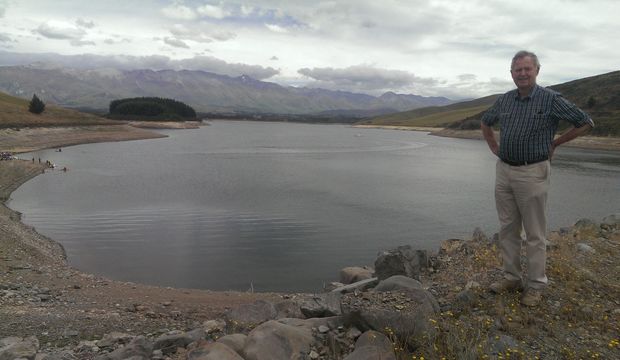 Further south the Opuha Dam supplies irrigation water for 16,000 hectares of farmland, and has a minimum environmental flow for the river to keep it running in the summer time.

Tom Henderson was one of the dam's founders, and said it was as low as he had seen it in its existence.

"For 16 years, we've operated successfully, this is the driest period - and no snow- that we've had in those 16 years. It's quite clear what a difference that makes to the in-flow when there's no snow and we've had very little rain."

Mr Henderson said farmers were recently on 50 percent irrigation restrictions but were now able to use three quarters of their usual allowance.

The restrictions were relaxed due to water being freed up by a reduction in the environmental flow, which always happened in January.

"With the reduction in the flow for the environment, we should maintain the level for a while yet, the guess is just how long. What we've got to try and do, is keep enough water in the lake, to ensure everything isn't just turned off, and we have to completely stop irrigating and maintaining river flows."

Mr Henderson said it was critical rain came before the end of January.

Federated Farmer's South Canterbury Dairy chairperson Ryan O'Sullivan irrigates using water from the Opuha Dam but also has storage ponds which he fills using an intake from another waterway, giving him three to four weeks of water.

He said December's restrictions were not too bad but January could be another story.

"Fifty percent in December probably didn't have a big impact, because of relatively benign conditions at that time of year, not a lot of heat, some drizzle, some good humidity. But 50 percent conditions in the height of summer, that can start to hurt you."

The forecast continued to predict rain - next week, he said.

"It's always next week, next week there's 10mm, 20mm. And next week comes, and it's always pushed out into the following week. I don't know if the forecasters are just trying to keep a smile on the farmers' faces, or if it's just been tricky this year."

Mr O'Sullivan said the key to more reliable water was in the Southern Alps, and possibly Lake Tekapo.

The Rangitata and Waitaki rivers are alpine fed, and it is tricky getting their water to South Canterbury.

"The biggest challenges are that the water is used for electricity. We have serious issues around mixing waters, and a long history that there is difficulty in bringing water over the pass."

The MetService's website is predicting rain around the South Island today - but it isn't expected to be around for long.