Long spells of warm, dry weather in parts of the country have prompted a call to save water, while in the lower South Island farmers are having to cope with a 'green drought'.

The Hastings District Council has warned that water levels in a number of the North Island district's waterways and streams are on the decline and water restrictions are on the horizon. 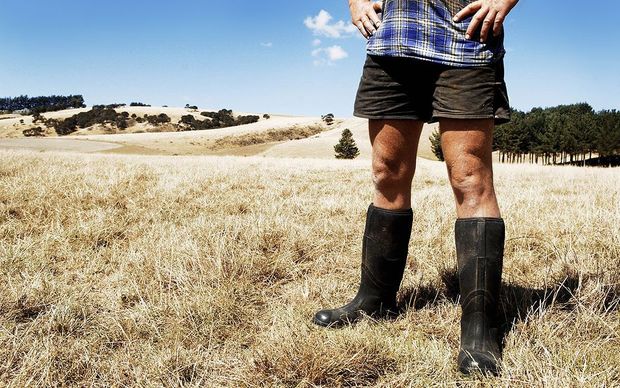 In the South Island, Environment Canterbury said river flows in all the region's foothill rivers had been exceptionally low this spring,

"Lack of snow pack really is the biggest issue that's causing the lower levels, so certainly in some of the snow-fed rivers they have been lacking in water. But having said that, the likes of the Waimak, which has been having some rainfall events from the west side, has some pretty significant freshers which has kept irrigation reliably up on that particular scheme up for now."

"The Opua scheme is struggling at the moment with lake levels, low inflows and low lake levels, so they are a bit concerned. Every irrigator relies on having water, I mean they set up their businesses to use the water and so it is of concern if there's going to be low river levels and low flows during this season.

"Best thing they can do is using what they've got efficiently. Making sure they've got their equipment operating correctly, setting up soil moisture monitoring to make sure they don't water when they don't need to - so really, water use efficiency is the key."

Farmers in parts of Southland and Otago have the opposite problem - having to cope with a green drought.

"Fodder beet should have been in nearly a month ago ... there's cases of fodder beet seed that's been planted actually rotting in the ground - and that's even worse because it has to be sown again at extra cost. Some cereal crops are in, but crops for cereal silage ae probably still waiting to be put in and people are getting pretty frustrated."

Federated Farmers Otago president Stephen Korteweg said farmers in the south and west were having the same issues, with disrupted planting and silage harvesting and dairy farmers were running out of effluent storage because they cannot spray it on to sodden paddocks.

"With the large amounts of rain, even though the majority have got good storage on farm, that storage is now probably nine tenths full, waiting for some opportune time to get that out on to the land, without causing problems of ponding and non-compliance. That's really becoming a real headache for one and all."

The National Institute of Water and Atmospheric Research said it is still too early to say whether the expected El Nino weather pattern will eventuate.

NIWA forecaster Chris Brandolino said the amount of rain, or lack of it, has been hugely varied throughout the country.

"Basically the west coasts of both islands have seen an abundance of rainfall over the past several weeks, certainly for the first 24 days of November."

He said some areas got as much as 200 percent of normal rainfall but that further north the picture was diferent.

"The west coast of the North Island, Taranaki, even coastal Manawatu and Whanganui regions have seen rainfall that's above average but not nearly as much as say the South Island. And that continues right through to west coastal Waikato and west coastal Northland."

The other sides of both islands have been dry he said, especially eastern Canterbury and the north of the South Island, parts of Hawke's Bay and coastal Gisborne.