Export projections show the primary sector has some catching up to do if it is to reach the Government's target of doubling the value of primary exports by 2025. 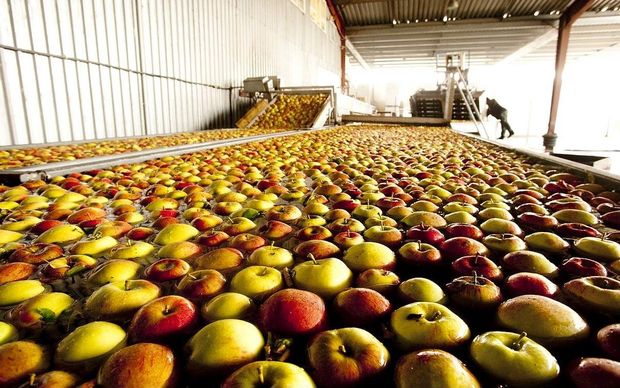 Horticulture export earnings are forecast to grow from $3.8 billion to $4.2 billion in 2018 Photo: PHOTO NZ

In its briefing for incoming ministers, MPI is projecting export values from agriculture and horticulture, fisheries and forestry to grow to $40.7 billion by 2018.

The Government's longer-term target, constantly quoted by Primary Industries Minister Nathan Guy, is to to lift those export earnings to $64 billion by 2025.

But MPI said to reach that goal would require an average yearly increase of about 5.5 percent in real terms.

It said last year that export returns had recovered from the 2013 drought and gained from high market prices to put export growth on track to achieve the goal.

But it said the primary industry, in particular dairy, was experiencing weaker market prices in the current year.

Mr Guy said the target, set two years ago, was always going to be challenging, but he remained confident that it was still achievable.

"Industry's very engaged in this target. They believe that it is achievable, it's given them a real focus. There is a stretch element in it."

Agriculture up, forestry down

Despite China putting the brakes on milk powder imports, which has contributed to the current slide in dairy prices, MPI is now predicting dairy export revenue to lift from just over $18 billion to $18.4 in 2018, on the back of higher production.

It expects meat and wool exports, the second most valuable category at $6.7 billion, to increase by about 22 percent in that time, due to higher prices for beef and lamb and a steadily growing demand from Asia.

Horticulture export earnings are forecast to grow from $3.8 billion to $4.2 billion in 2018, helped by the kiwifruit industry's recovery from Psa vine disease.

Export earnings for the seafood industry are also forecast to grow from $1.4 to $1 .6 billion in five years.

Forestry is the only sector in which MPI is expecting export earnings to fall in the next five years, from $5.2 billion to around $5 billion.

New Zealand's log harvests have reached record levels and are forecast to increase as trees planted in the early 1990s mature. However, log prices and export volumes fell earlier this year as demand from China eased.

Mr Guy said the Primary Growth Research Partnership would be a "big enabler".

"We've had some independent advice on that which shows it could be worth $6.4 billion by 2025. We know that water storage projects have the potential to add $4 billion.

He added that he was "hugely excited" about the free trade agreement with South Korea.

MPI is due to update its export forecasts in the Situation and Outlook Update next month.