A national set of environmental standards for plantations is on the way. 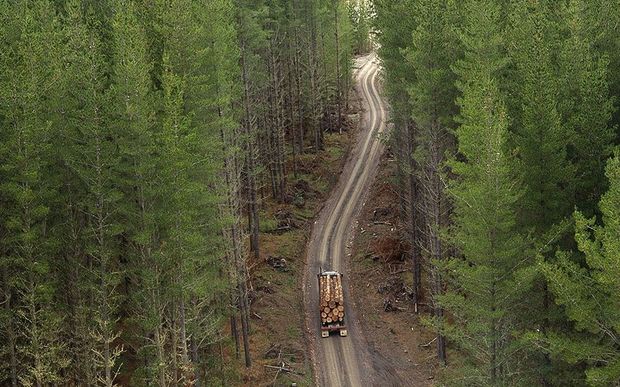 Dealing with different regional and district rules and plan changes has been an issue for the foresty industry. Photo: PHOTO NZ

A working group of foresters, the Ministry for Primary Industries, local government and environmental representatives has been discussing ways of getting more consistency in the management of Plantation Forestry under the Resource Management Act.

Having to deal with different regional and district rules and plan changes has been an issue for the forestry industry.

A forest owners representative on the working group, Peter Weir, believed they are 95 percent of the way there.

"The rules or alternative conditions around afforestation and reforestation are agreed, as are stream crossings, quarrying, earthworks and harvesting, so it just leaves one or two areas."

The ministry's director of spatial forestry and land management, Aoife Martin, said the group aimed to have advice to ministers by early 2015 on a national environmental standard for plantations.

"We have got to the stage where we have through the working group process developed a set of nationally consistent planning rules across the eight forestry activities that are generally governed under the Resource Management Act. Those are being tested at the moment with a range of stakeholder groups," she said.

"We have been talking with the wider forestry sector through the Forest Owners Association. We've had workshops with district councils, we've been talking with regional councils through their special interest groups. We're about to commence engagement with iwi landowners and currently, we're running a suite of workshops for farm forestry landowners."

Peter Weir of the Forest Owners Association says the new rules under discussion won't mean much change for forestry management in vulnerable areas, such the North Island East Coast.

"In places that are mapped as having a higher susceptibility to erosion, we actually stay with the consenting regime. The consistency will come in the lower risk areas of New Zealand.

"There is a national map being produced that defines the erosion susceptibility of New Zealand lands outside the DOC estate. In essence, it's a four colour traffic light map from green, through yellow, orange and red, where red is the worst of the worst country in New Zealand.

"So in green zones, we'll have a nationally consistent permitted activity status, underpinned by standard terms and conditions. As we move into orange and red zones, people will require resource consents from the regional councils for any earthworks and probably for harvesting."