It is a year since ferocious wind storms hit Canterbury, but the clean-up and recovery of timber from forests left in tatters has not finished yet. 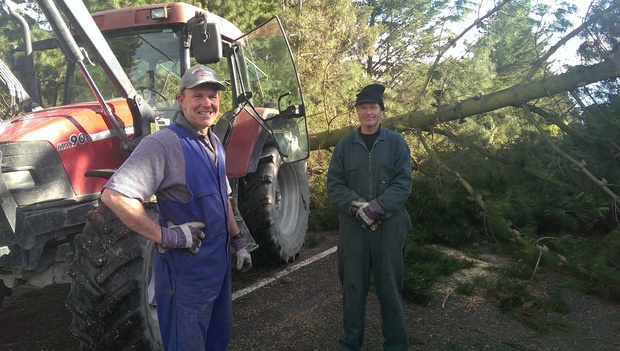 Farm Forestry Association president Ian Jackson, who is in South Canterbury, said a large amount of windblown timber had been cleared away but there was still a reasonable amount that could be recovered and sold.

"It's still salvageable to go to China, because that sort of stuff will be used at a pretty low end use and the sap staining won't matter, but if it starts to decay then it's a complete write-off."

"And actually it was heartening, in that whole clean up there wasn't one death and very few bad accidents, in the harvesting of that wind-blown stuff, which by its nature is very hazardous, because you've got hung-up trees and it's not very nice to harvest, but the accident rate was very low," said Mr Jackson.

The wind storms also destroyed or damaged an estimated 800 or more centre pivot irrigators on Canterbury dairy and cropping farms, causing serious disruption to the start of the irrigation season.

It took months to complete repairs and the rural insurer, FMG, received 260 claims at the total cost of about $7 million. It says 98 percent of the claims are now settled.