Crowdsourcing has been used to raise money for a start-up business or for a charity and the concept is now being trialled in the interests of science. 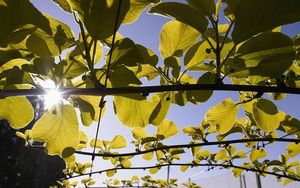 Psa has been ravaging kiwifruit vines since 2010. Photo: PHOTO NZ

A group of New Zealand scientists using it to beat the deadly kiwifruit vine disease Psa.

Since the vine-killing disease hit New Zealand in 2010, about 85 percent of the country's kiwifruit orchards have been affected.

Scientists at Plant and Food Research have decided to share the genome sequences of kiwifruit and the Psa bacterium online to let scientists worldwide have a crack at it.

"We know that all of the answers can't be found by a small number of people and there's quite a bit of excitement out in the world about exploiting the abilities of everybody to become interested in a puzzle.

"So we thought, well we have some problems and some questions and there are a lot of smart scientists and other people out in the world. If we try and share a little bit more we can perhaps get them to come and start the conversation with us and bring their ideas and build on our ideas, and we'll do better by involving more people," he said.

"Certain projects are starting to use a little bit of it and there's been some interesting work done by physicists looking at large amounts of data. There's quite a few examples out there where people are beginning to see this as something useful and as a way of establishing new collaborations.

"Science has got to be a global activity often and this is one of the ways of saying we'll invite everybody."