Kiwifruit marketer Zespri denies it is using scare tactics to put people off a planned class action against the Ministry for Primary Industries. 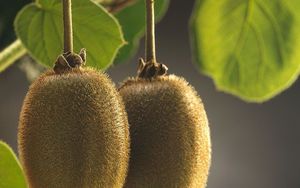 The Psa outbreak is estimated to have cost nearly $900 million. Photo: PHOTO NZ

The vine-killing disease first appeared in an orchard on the outskirts of Te Puke in 2010 and spread over the next two years. It is estimated to have cost the country close to $900 million.

The Kiwifruit Claim group allege that the ministry's border officials did not protect New Zealand from biosecurity risks.

The group claims there has been an extraordinary scaremongering campaign by people in Zespri and the New Zealand Kiwifruit Growers' group, which has targeted some growers' families.

Kiwifruit Claim chairperson John Cameron said that unfortunate atmosphere has led to a large number of people in the industry wanting to take more time to think about the court action and the statement of claim would now be filed next month.

A spokesperson for Zespri said today that the allegations are nonsense, while the ministry has said it is confident that biosecurity staff were not to blame for the outbreak.