The national kiwifruit growers body says growers should get independent legal advice before joining the class action against the Government over the 2010 Psa vine disease outbreak.

At the same time the grower group behind the claim has confirmed that it has the support now for the action to proceed.

New Zealand Kiwifruit Growers Incorporated, has taken legal advice on the claim documentation. On that basis it has circulated a list of a dozen reasons why it considers the Psa class action is too risky to join at this stage. 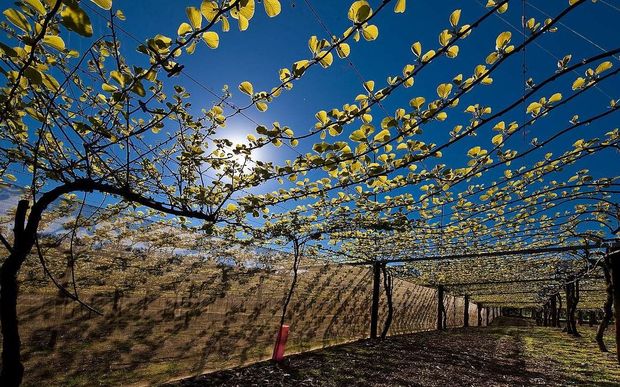 The national kiwifruit growers body is advising growers to get independent legal advice before joining the class action to sue the Government. Photo: PHOTO NZ

Chief executive Mike Chapman said one of them is that growers will not be able to withdraw from the claim.

"The other concern that we're picking up through all of this is, it seems, you've got give some security over the orchard that was affected by Psa and this security would mean, for example, if you want to sell the orchard you're going to have to get the consent of the company backing the litigation, LPF."

But a spokesperson for the grower group taking the class action, Matthew Hooton, said growers have continued to sign up and it has crossed the threshold in terms of the numbers needed.

"The claim will proceed. It will be filed with the High Court next Friday 17 October because we are now over the threshold of $2 million of losses which the litigation fund had required."

Meanwhile, as part of intensive lobbying going on in the kiwifruit industry over this matter, a group claiming to represent about three quarters of post harvest operators has written to the prime minister and other MPs, outlining its opposition to the claim.

Among its reasons is the lack of information to make an informed financial decision before signing up. The group said it is also unclear who is behind the claim and what their motivations are.

It is questioning why a litigation fund with international interests has taken such a high interest in the industry.