The Veterinary Association supports a petition before Parliament calling for a ban on the private use of fireworks. 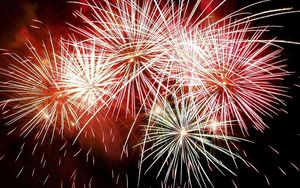 Vets say Guy Fawkes is a stressful time for pets and their owners. Photo: PHOTO NZ

President Steve Merchant said while he has had no reports of animals being harmed during Guy Fawkes celebrations this week, the animals vets get to see at this time of year are usually just the tip of the iceberg.

"I know for a fact that my own pets have been unsettled, so you do have to wonder, and it's not something pet owners look forward to from one year to another.

"We advise them to put precautions around keeping cats and dogs indoors as far as possible and talking to your vet about various forms of stress relief whether they be sprays or feremones. It's certainly not something that any vet or pet owner looks forward to and it is a difficult night and week leading up to it."

Mr Merchant said people's right to have fireworks had to be weighed against the harm and stress that the crackers and loud noise could cause animals.

He hoped Parliament would support the petition in the interests of animal welfare.