The national dairy organisation will be conducting a detailed survey of Southland farmers to try to get to the bottom of swede poisoning in the region. 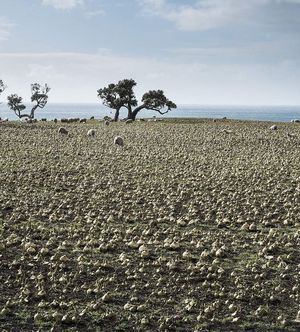 More than 400 farmers responded to Dairy NZ's initial survey last month, aimed at getting a picture of the scale of the issue in terms of numbers of cows that died or became ill after eating swedes - a common winter feed crop in Southland.

Hundreds of cows which have died or became ill had eaten a herbicide tolerant variety of the crop.

Dairy NZ Southland and South Otago regional leader Richard Kyte said about 120 farmers in the region would be interviewed in the more comprehensive survey.

"There are lots of different parts to the puzzle and the key to the survey is to go and have a look at what farmers had done right back from when they planted their crops through to how they managed them through the winter."

They were still looking at naturally occurring compounds, called glucosinolates, in the leaves of swedes as the most likely source of the problem.

Federated Farmers' Southland dairy section chair Allan Baird said the region had had two reasonably warm winters in a row, so the study would need to consider the effects of the weather on swedes and other brassicas.

"Ensuring we fully understand how brassicas can change through and/or daylight on a warmer winter, the characteristics of what's been a pretty stable and reliable feed source for Southland farmers for many years."

The true cost of the poisoning would never be known but some cows would have suffered liver damage, and farmers could need to cull earlier than expected, Mr Baird said.

In the meantime, farmers were planting extra beets to supplement next year's winter feed.

The results of the survey will not be known until next February or March, when analysis is complete.