Southland farmers who have lost cows grazed on swedes will be hit hard financially.

Vets estimate hundreds of the animals have died or suffered liver damage from eating swedes during the late winter, in particular the herbicide tolerant (HT) variety. 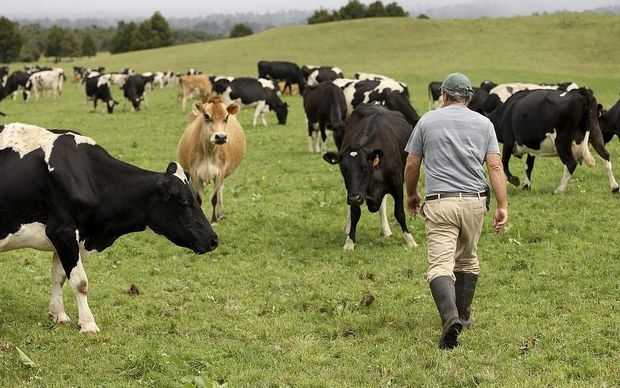 Federated Farmers says farmers will be looking to swede seed supplier PGG Wrightson, and a working group of experts, for guidance on managing next season's feed crops. Photo: PHOTO NZ

Dairy NZ and Beef and Lamb New Zealand are surveying farmers in Southland and South Otago to find out just how many have been affected.

Federated Farmers' Southland dairy chair Allan Baird said it is clear that the cost would be significant.

"To buy an in-milk cow at this time of the year, I would imagine it would be over $2000. This season, with the milk price being back, that might see a little bit of lowering of interest in buying in-milk cows, but around that $2000 mark wouldn't be unreasonable.

Mr Baird said farmers would be looking to swede seed supplier PGG Wrightson, and the working group of vets and industry representatives for guidance on managing next season's feed crops, with planting due to start in the next month or so. He said it may be a question of timing.

"I guess it is establishing the link and the circumstances as to when it occurred and can that be avoided. So, can there still be some confidence in the product, for early grazing, let's say, rather than later grazing?

"The appropriateness of the HT swede at that time is going to be examined. Where there's been a transition diet, as in a change from what the cows are on through the winter months, and then what they'll go onto in that August-September period, that's where the science is going to be looking closely because more problems have occurred when there's been a transition diet."

Mr Baird said sheep are also grazed on swedes in the south, but there are no indications so far that they have been affected to the same degree as dairy cows.