GE Free New Zealand is calling on government officials to investigate herbicide tolerant (HT) swedes linked to the deaths or illness of hundreds of cows in Southland. 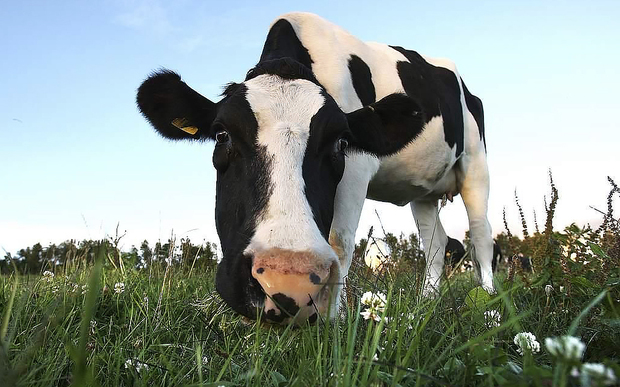 Reports indicate 200 to 300 dairy cows from 30 to 50 farms may have died after grazing on the new variety of the vegetable supplied by PGG Wrightson Seeds.

Most of the deaths appear to be associated with the new herbicide tolerant swede that PGG Wrightson is supplying.

"This product that these cows have eaten and died doesn't seem to be genetically engineered, it does seem to be herbicide tolerant, but it is a novel food.

"I guess the question is, how could our authorities have allowed this to happen, when the world is constantly watching New Zealand's brand and reputation.

"We have good competitors in the global market who will be looking to say, 'You can't trust New Zealand, because look what's happened.'"

Mr Carapiet said the Ministry for Primary Industries must explain why it allows the use of a stock food crop that is able to resist intense spraying with herbicides.

The potential for the crop to harm large numbers of cows was not picked up in testing of the new line of swede, he said.

"It's really important to recognise that this product has been used successfully for two years previously without any issues whatsoever and even this year, and notwithstanding the fact there have been some issues, it probably represents 1 or 2 percent of the area that this crop is in throughout the South Island."

Mr Green said PGG Wrightson Seeds intends being transparent with farmers about what has happened and to be definitive about the conditions which cause the deaths.